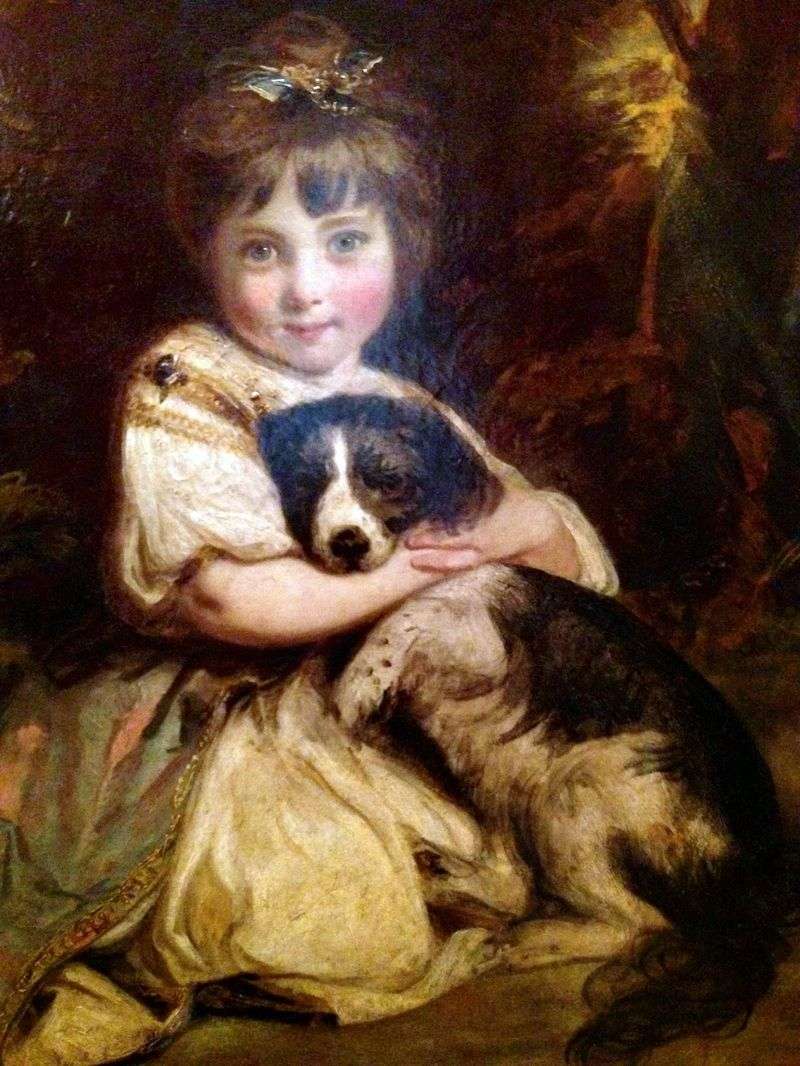 The first president of the Royal Academy of Fine Arts, opened in 1768, Joshua Reynolds is the founder and theorist of the English portrait genre. In his works, Reynolds rethought the principles of the ceremonial portrait of the Baroque, according to which the idealization of the image was achieved using purely external methods. In the best examples, Reynolds tried to capture not only the appearance of his hero, but also his character, social status and profession, at the same time telling the image a certain generality and typicality.

Interesting personality of the artist. Reindols was a real gentleman, a fine connoisseur of art, a famous intellectual. In his youth, Reynolds traveled extensively in Europe, and he also visited Italy, where he had the good fortune to meet the best examples of the Renaissance fine art. The consequence of this acquaintance was the prevailing opinion of the artist that Italian painters of the Renaissance showed the world the highest flight of creative thought and inaccessible writing technique, therefore modern artists have no choice but to imitate them.

Later, his views on Reynolds painting will be presented in numerous speeches, the main topic of which will be the methods of teaching writing and the ways of working in the visual arts. All this will allow later to call Reynolds one of the theorists of painting.

Much Reynolds did to raise the status of the artist, since for a long time painting was considered to be undervalued. Using the opportunity to enter the highest circles of English society, he made incredible efforts to influence the established opinion and partly change it. However, like many of his predecessors, Reynolds considered social demands; therefore, he was mainly engaged in portraiture, but at the same time he tried to open new installations in the chosen genre.

Most of the portrait painters of the Reynolds period were based in their practice on the experiences of the social portrait of Van Dyck, where elegance, restraint of execution, idealization and spirituality of images were prized above all. Not losing in these features to the rest of the artists whose works answered the tastes of the aristocracy, Reynolds, among other things, sought to capture in his portraits his interest in the hero, his character, and his emotional state. A reflection of the inner vision and Reynolds achieves the much-needed idealization.

Throughout his life, Reindols painted over two thousand portraits. At the same time, the main merit of the artist is that each time he used new means to solve the problem. In the gallery of persons created by the Englishman – admirals and writers, architects and representatives of the nobility, even children. One of these works – the painting “Portrait of Miss Bowles with a dog,” which is stored in one of the private collections in London.

One of the methods by which the artist introduces originality into the portrait consists in increased intimacy. Reynolds could depict his character while playing with children or at a table in a study, but most clearly this facet of the painter’s talent was revealed when writing portraits of children. Such is the portrait of Miss Bowles.

Reynolds in the work has always been very important psychological contact with the hero. Contemporaries show that the artist, before starting to paint a portrait of a girl, has long won her confidence. One day at dinner, he especially sat down at her and unexpectedly hid her plate when the young lady was distracted for a while. Then he diligently pretended that he was looking for “missing”, when suddenly, as if in focus, he found it and returned it to its place. The girl was delighted, and whether it is necessary to say, with what joy she received the news that she would soon pose for him.

When characterizing young models, Reynolds is of great importance for surrounding. In the above work, he focuses on the relationship between the child and the animal, perhaps for the first time introducing this image into the visual arts, appealing most of all to the age of two living lovely creatures. This is where the semantic fullness of the portrait is born. Children’s sincerity, mutual devotion and enthusiasm – what could be better than similar qualities, qualities that a person, unfortunately, loses, giving in to ruthless time.