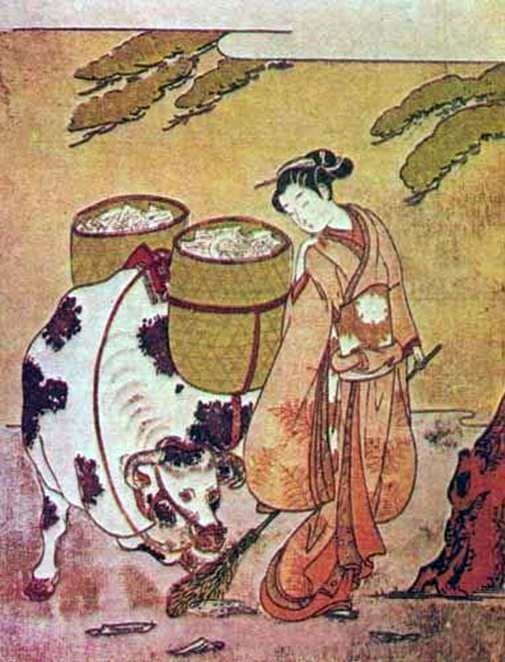 – an uncial phenomenon in the history of world art. The Japanese borrowed its technique from China. As early as the 13th century, small Buddhist icons and amulets were printed in Japan, but these products were of a craftsmanship. As an independent form of art engraving is affirmed at the last stage of the medieval history of Japan – during the Tokugawa period.

This time is characterized by the formation of a new urban culture, reflecting the tastes of the third and fourth estates – merchants and handicraftsmen, playing an increasingly important role in the economic and, later, cultural life of the country. In the art of the XVII – XIX centuries, a new style was formed – Ukiyo-e – the direction of urban art of the Edo period, which includes the engraving. Its main theme was the everyday life of the citizens themselves, their everyday lives and holidays.