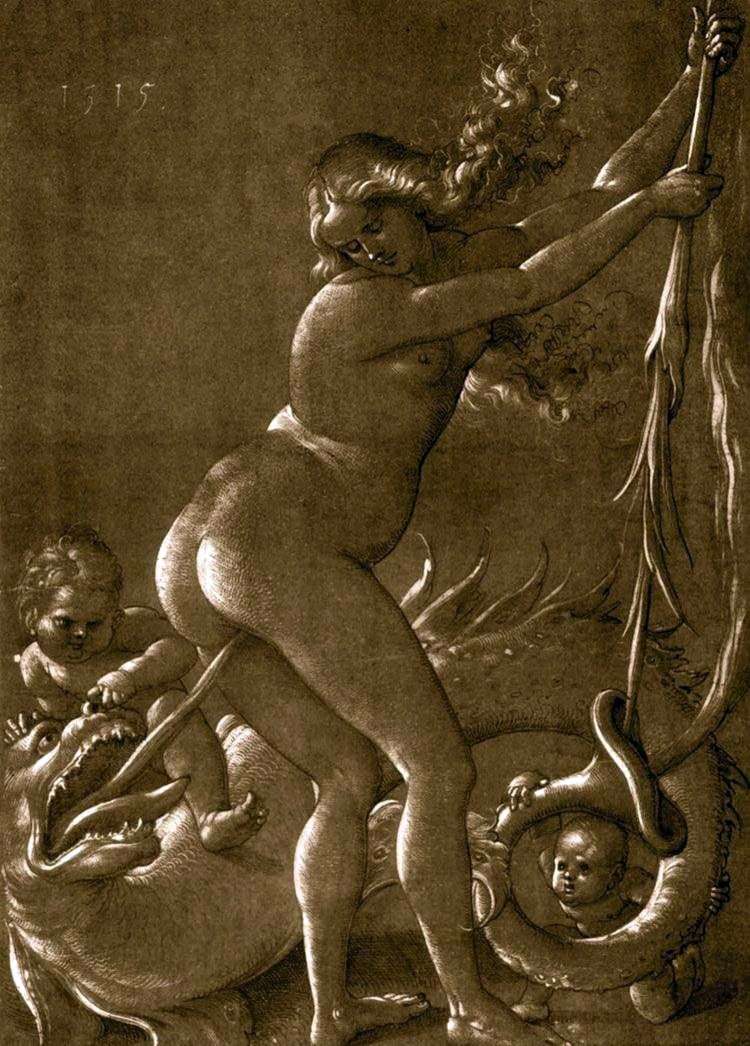 From the history of the German engraving of the Renaissance. The flourishing of the cutter engraving on copper began already in the middle of the 15th century. Earlier, wood engraving was spread. The engraving was in Germany the most democratic kind of art, performing the most diverse functions of both religious and purely secular order. It had the widest distribution and enjoyed great popularity among the people.

In the engraving incarnated a variety of religious subjects, on separate sheets were distributed images of saints, Christ’s passions, as well as comic-frivolous and allegorical skits. In the technique of engraving, calendars and alphabets, playing cards were performed, finally, the engraving in the book played an important narrative and artistic role. So, in the sixties of the 15th century, presumably in Alsace, Master E. S. worked.