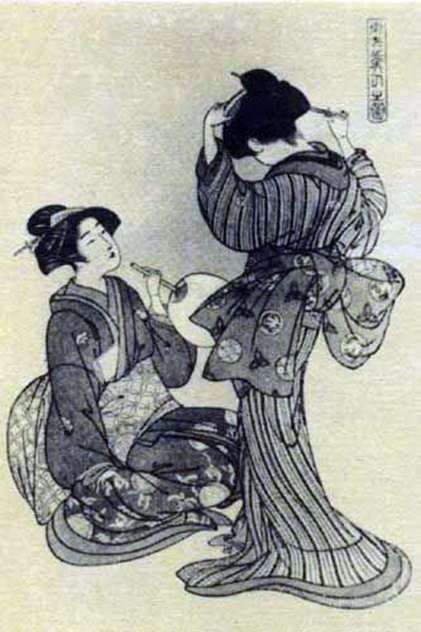 The founder of Ukiye-e engraving is Hishikawa Moronobu, who was the first to create not only book illustrations, but also easel works. Engraving XVII – the first half of the XVIII century was mostly black and white. The seal was produced from one board – the so-called key block.

However, since the beginning of the XVIII century, trying to diversify the coloristic solution of the sheet, they began to paint by hand – first one, then two and three colors. At this time, a series of scenes is formed, genres are formed, among which the most popular throughout the history of the engraving were biddings and yakusya-e.

Bidzinga translates as an image of beauties. Indeed, they depicted the beautiful inhabitants of the “green neighborhoods”, as was customary in Japan for the Chinese manner to designate entertainment establishments – quarters of the “red light”.