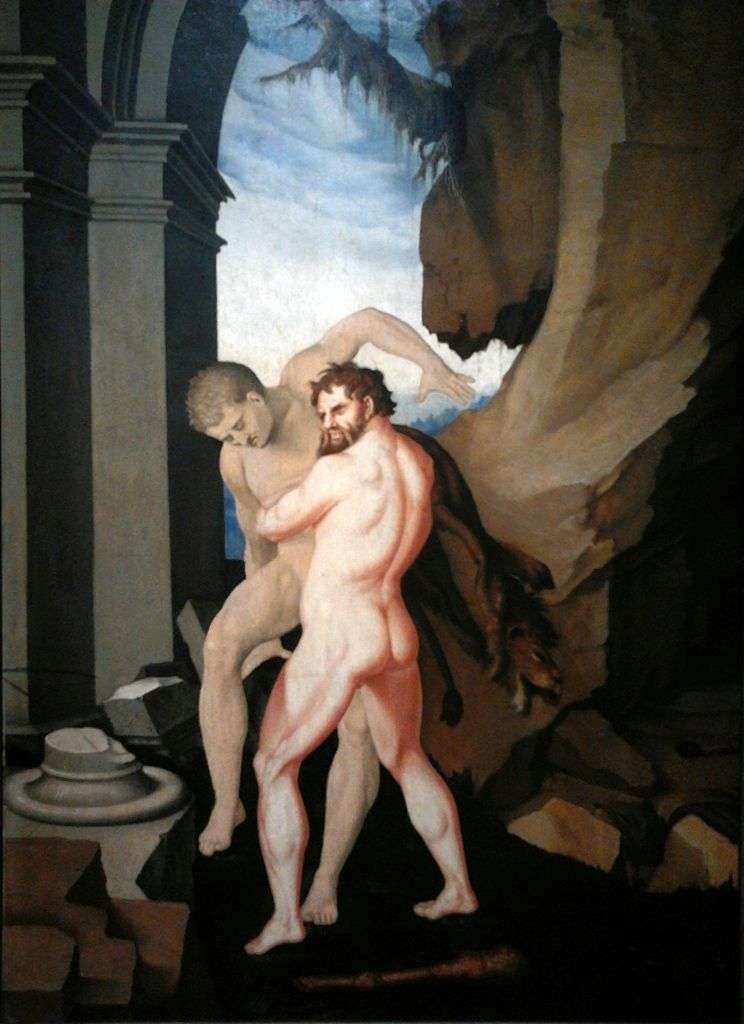 The struggle of Hercules and Anteus has traditionally symbolized the victory of valor over mortal passion. Exposing the true essence of the hero, the author inspires a doubt in the viewer of the necessity of the act to be performed and causes pity for the murdered Anthea. Valorous hero, erected by the Renaissance in the ethical ideal, Baldung deprives those virtues that would justify his behavior and prove the need for his actions.

The large face of Hercules is turned towards the viewer, distorted by a cruel grimace, with a bitten lip and naked upper teeth making a repulsive impression. Cold paints of naked bodies consisting of strained muscles, frozen against the background of a break in the wall. Hercules, in the last effort, tears the giant from the ground, and Antey, throwing up his head in agony of agony, tries in vain to free himself.

Never before, since antiquity, the face of Hercules has not been the object of so much attention of artists. In all the scenes in which he was depicted, his actions and his attributes were important. The face was neutral, it was, as a rule, endowed with the same conditional or dispassionate expression as the ancient masks of Hercules that had come down to us.