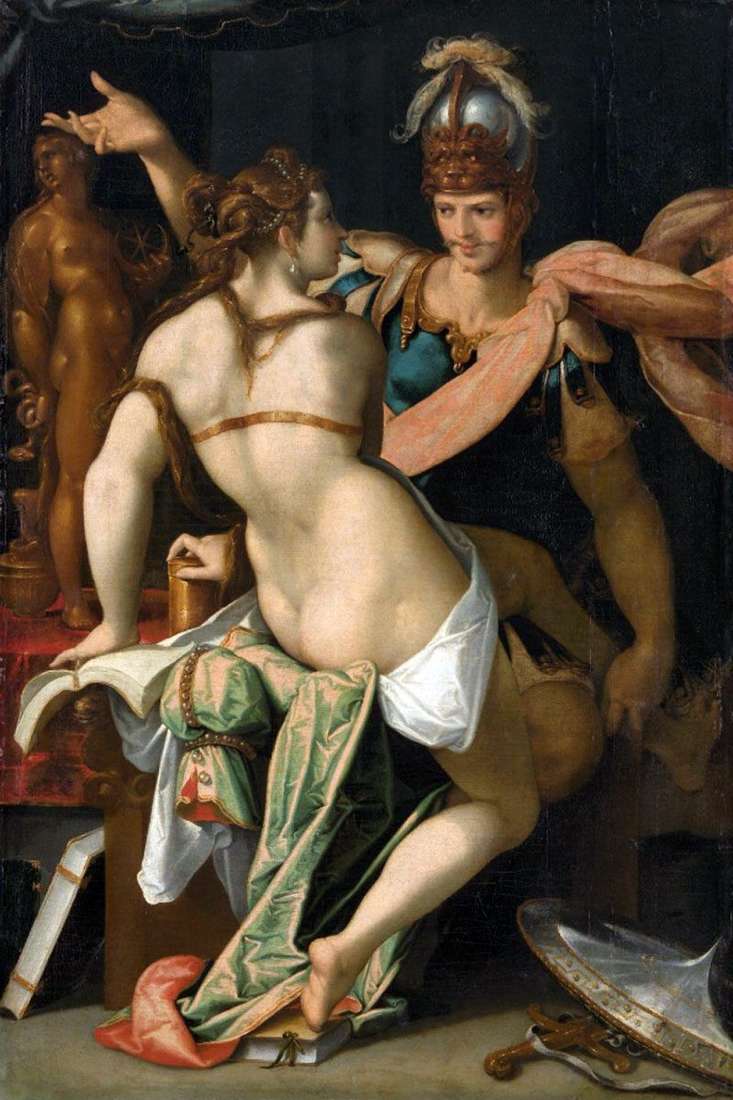 The painting by the Flemish painter Bartholomeus Spranger “Circe and Odysseus”. The size of the picture is 198 x 72 cm, copper, oil. The painting is based on the Homeric story of the mythological story of the Odyssey. Circe is the daughter of Helios and the oceanids of Persia, a goddess of the moon, akin to Hecate, and a representative of sorcery.

She lived on the island of Eeya, which was brought during his wanderings on the sea Odysseus. When some of the satellites of the latter, who went to investigate the island, turned Circe into pigs, Odysseus went alone to the house of the sorceress and, with the help of the miraculous plant given him by Hermes, defeated the enchantment of the goddess, who, recognizing in the brave guest of Odysseus, invited him to stay with her on the island and to share her love.

Odysseus leaned over the offer of the goddess, but first made her swear that she did not plan anything against him, and return the human image to his companions turned into pigs. Having lived a year on the island in good humor and contentment, Odysseus, at the insistence of his comrades, began to ask Circe to let them go home, and, having received the consent of the goddess, went first, to her advice, to the region of Aida to learn from the prophet Tiresius about the trials that lay ahead.

Having received the desired information from Tiresia, Odysseus returned to the island of Circe and, warned of the dangers that await him at the island of Sirens, in the strait, where Skylla and Charybdis live, and on the island of Trinacria, embarked on a further voyage. From Odysseus Circe was born the son of Agri. In the painting, the artist Spranger depicted the moment of Odysseus’ request to Circe to let him go with his comrades to his homeland.