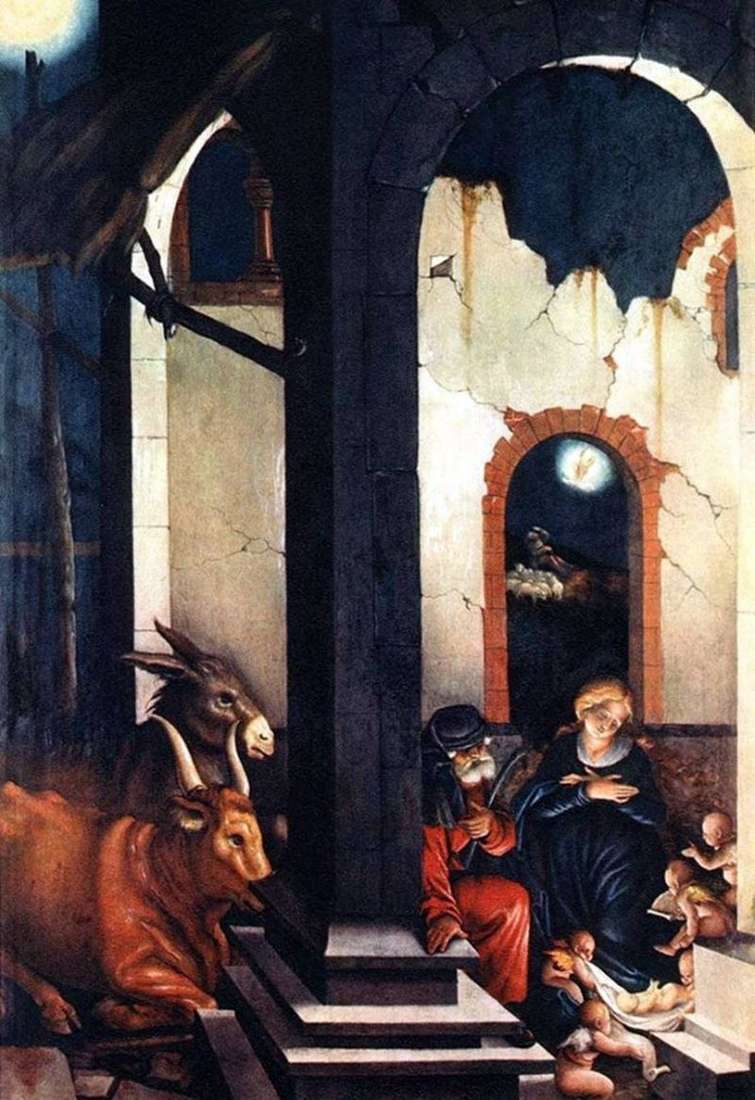 One of the best works Baldung – “Christmas Christ” – inherent in the charm of simplicity, fairy-tale, genuine nationality. He is interested in the transmission of contrasts of dense nighttime darkness and a single mysterious illumination. The scene was moved to a dilapidated temple, the cracks of which were pointedly revealed.

Among this unsettled environment, cold and uncomfortable, the tenderness and love of the admiring Mary and the old Joseph are especially acute. Iconographically, the scene is close, rather, to the theme of “Adoration of the Child.” Rare is the image of human figures in the right relationship with architecture and the very tiny body of a newborn baby. The painting is signed and dated. Perhaps, she was in a new church, founded in 1520 in Halle by Archbishop Albrecht of Brandenburg, and then in Aschaffenburg, after its liquidation; since 1814 is listed in the Bavarian meeting of the “Old Pinakothek”.