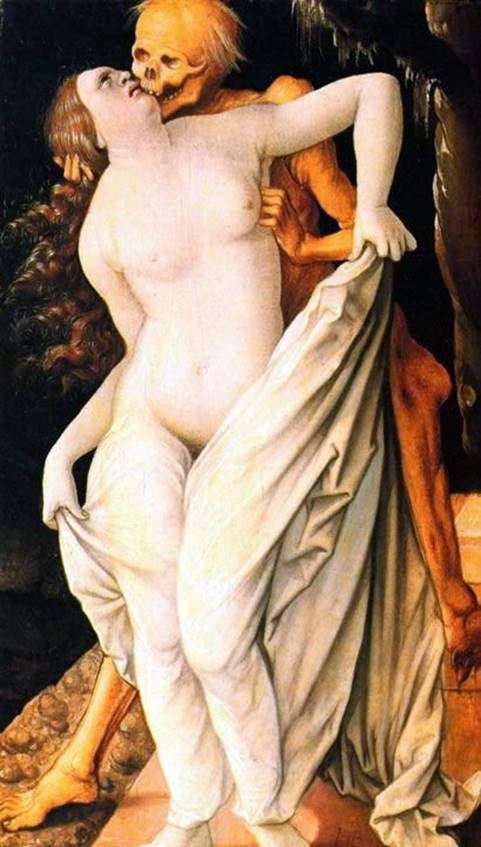 The largest sculptor of southern Germany in the late 15th century was one of the most outstanding figures of the German Renaissance – Tilman Riemenschneider. In the creative work of this outstanding artist, the whole contradictoriness of German culture on the eve of peasant wars, the confusion of Gothic and Renaissance traits, the combination of heightened and heightened expression and rough, heavy simplicity, the profound inner significance of human images and the delicate refinement of gothic ornamentation are expressed with particular acuity and clarity. Riemenschneider was born in Harz; in 1483 he appeared in Wurzburg in Franconia and lived there all his life, becoming in 1485 a master, then a respected burgher, burgomaster of the city.

During the Peasants’ War of 1525, Riemenschneider joined the peasants and townspeople who rebelled against the Würzburg bishop, was imprisoned and during the last period of his life was no longer able to continue his creative work. His life path, like his art, can serve as one of the most striking expressions of popular democratic tendencies in German Renaissance culture. The internal strength and dramatic drama of the images of Riemenschneider are especially vividly embodied in his best creations: in the tomb of Bishop Rudolf von Schoenberg in the Würzburg Cathedral and in the famous statues of Adam and Eve on the portal of the Würzburger Chapel of Mary. The gravestone of Schorenberg, made of marble and sandstone, retains, in its conventional heraldic frame, as in the treatment of the bishop’s garb, many Gothic remnants.

The artist managed to embody in this work a number of characteristic features of life, thanks to which the typical image of the aged prelate, which simultaneously possesses unique features of a certain human personality, was recreated. The statues of Adam and Eve contain a lot of Gothic angularity and naive expression. And yet, in the pre-Durer period of the development of German art, it is difficult to find a more lively, more truthful image of a naked human body, as well as a vivid and convincing generalization of human qualities in its own way, breaking the framework of medieval piety.