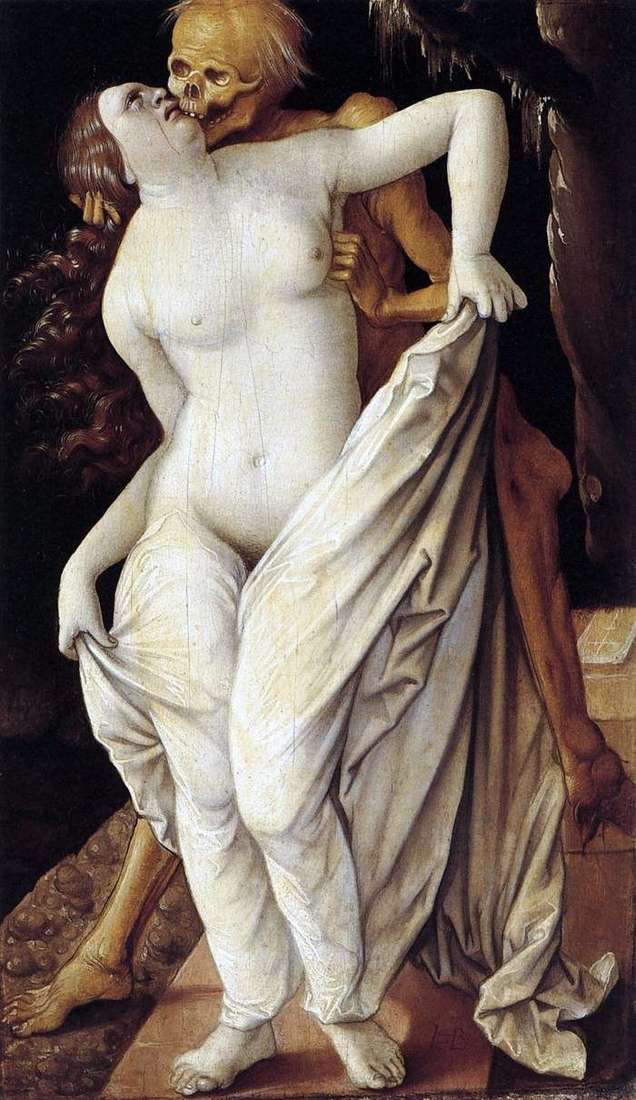 The theme of life and death was very worried about the medieval man also because periodically in different countries of Europe terrible epidemics of plague flared up. They sprung up suddenly and the thriving city turned into a huge infirmary where doctors could not save patients. Hygiene was not up to standard, antibiotics have not been invented yet. People died out for whole blocks, families, children, boys and girls died.

Endless wars, associated sieges of cities, devastation, famine also took many lives. No wonder so many works of art were devoted to getting rid of such disasters. And all the artists of the Northern Renaissance somehow reflected this theme.

Medieval art in general is very symbolic. Traditionally, death was depicted as a terrible skeleton or an old woman with a scythe in her hands, for death “mowed” people indiscriminately. Death appeared unexpectedly and there was no salvation from it.

In the picture “Girl and Death” is just such a time is shown. A young blooming girl suddenly finds herself in the hands of death, who has already captured her fatal kiss. Tears of desperation splashed from the victim’s eyes…