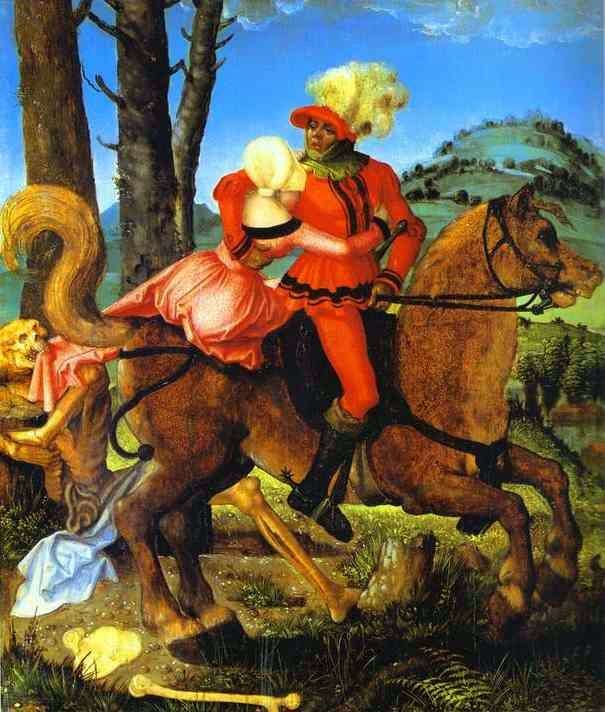 From the German painters of the 16th century, the works of Hans Baldung Green and Hans von Kulmbach are the closest to the giant Albrecht Dürer on creative searches, the similarity of compositions and the structural structure of the drawing. Hans von Kulmbach was a pupil of the above-mentioned artist from Venice Jacopo de Barbari and, perhaps, Dürer. In the multi-figure picture of 1511

“Adoration of the Magi,” he clearly imitates Durer. Here you can note a new, secular treatment of a religious plot, the free arrangement of figures. The same expression of human feelings can to some extent be found in the images of the “Suffering Christ”, widespread in that epoch; one of them, located on the western portal of the Ulm Cathedral, was executed in 1429 by the then young Hans Mulcher, whose painting works were mentioned above.

In the late period of his work, the mulcher becomes the first German sculptor, in whose works the realistic features acquire a clearly expressed character. Created by him in 1456-1458 years. a statue of a Madonna and a baby from a painted tree for the altar of a church in Störzing, in spite of the traditional Gothic details, bears in its majestic and calm appearance a distinctly tangible sense of human dignity. The features of novelty contained in it become especially clear when compared with the anonymous Madonna statues typical for the middle and the second half of the century, most of which refined and refined Gothic attire acquiring features of mannerism and intricate pretentiousness.

In the “Madonna” Mulcher, as in his paintings, contains a shade of simple and even rude truth in life. Unfortunately, we can not judge the sculpture of Mulcher with sufficient completeness and certainty, since he was the head and the head of a large workshop in Ulm, who made many carved and picturesque altars, in which it is difficult to separate the work of his pupils and apprentices from his own searches and discoveries.