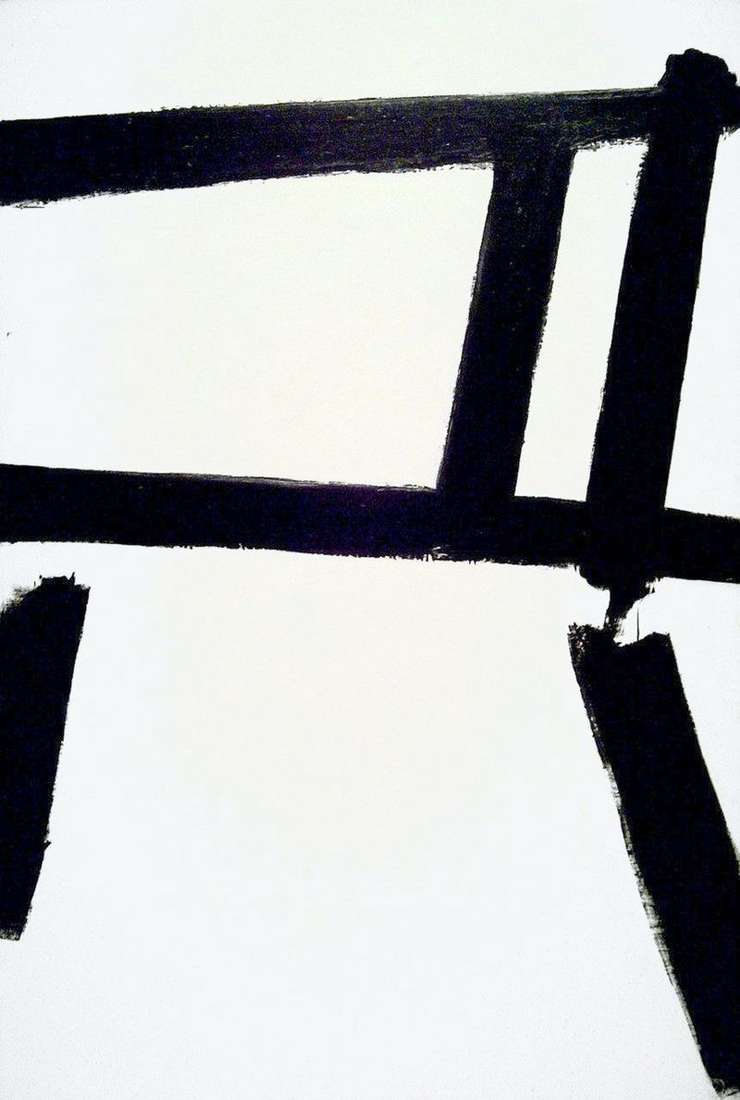 Franz Klein, a famous American artist, can be called one of the most outstanding representatives of abstract expressionism. Great influence on the work of Kline was rendered by Eastern calligraphy and printed illustrations. From the first, the restriction of the color palette was taken by three colors – white, black and gray, from the second – textural modulations, exacerbating the sense of space.

So, in his work “White forms” – a white space on which emerged from “nowhere” wide black brushstrokes, creating the appearance of floating in free space. Klein tried to attract the attention of the viewer not only to black strokes, but also to how the white background under them changes. In the lower part of the picture, a pure white surface is preserved, which seems to draw the viewer into the depth of the canvas.

Klein looked for his images in dilapidated or unfinished buildings – railroad beams, bridges, scaffolding, conveying the expressiveness of the “breaking” image with resolute unexpected strokes of the brush and the contrast ratio of dense black and white.

Creativity Klein did not find understanding from critics, his work was even denied any sense, harmony and rhythm. However, of course, the special inner fullness and intensity of Klein’s abstract painting found their admirer, the vivid “screaming” expression of contrasting volatile compositions left indifferent true admirers of modern painting.

In later works, Kline enriches the palette, beginning to take full advantage of bright colors, but this does not make Kline’s paintings less expressive or less lively. The use of several colors allowed Kline to reproduce some tonal gradations that arise with an energetic brush pressing and cause the viewer to have an illusion of three-dimensionality. Kline seeks to oppose the world filled with standard paintings with the uniqueness of canvases that express the movement of a living human hand with extreme force.