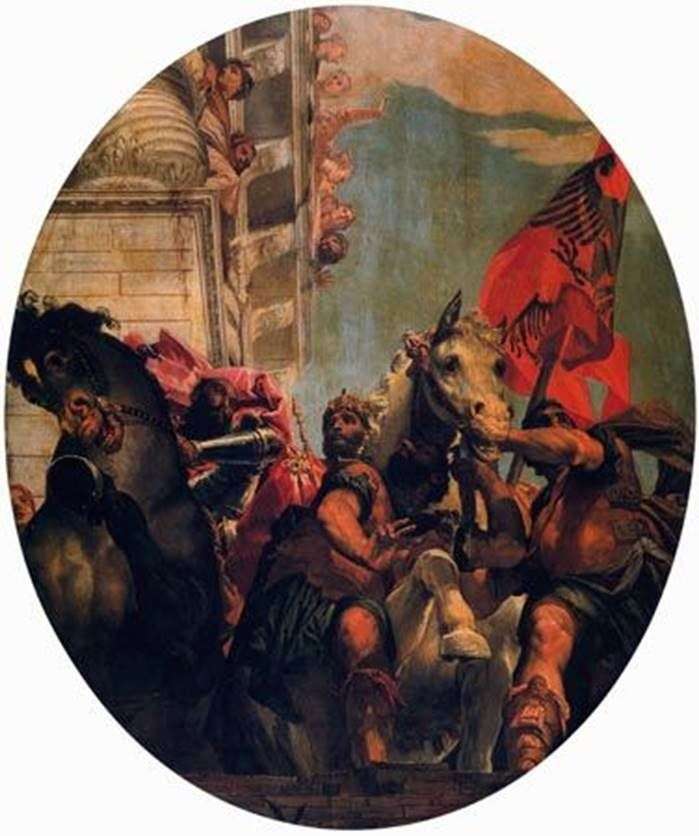 Performed to decorate the ceiling of the church of San Sebastiano in Venice, this work has become one of the best creations of the young Veronese. It is included in the series “History of Esther”. The Jew Esther, according to the Old Testament, was the wife of the Persian king Artaxerxes. Esther was orphaned early and brought up in the house of her relative Mordecai, from which she was taken to the king.

Soon Mordecai, coming to the royal gate, heard that two eunuchs conspired to kill Artaxerxes. He immediately informed this of his pupil, who also warned the tsar about the impending assassination attempt. In reward Artaxerxes ordered to exalt Mardocheus – to dress him in a royal dress, to put on his head a royal crown and on royal horses to take out to the square, saying: “This is done to the man whom the king wants to be honored!”

In the series “History of Esther” Veronese showed remarkable skill in building space using architectural details and complex angles. Particularly effectively written in the “Triumph of Mordecai” are the figures of horses and a twisted column in the left upper part of the canvas, animating a strict architectural ensemble.