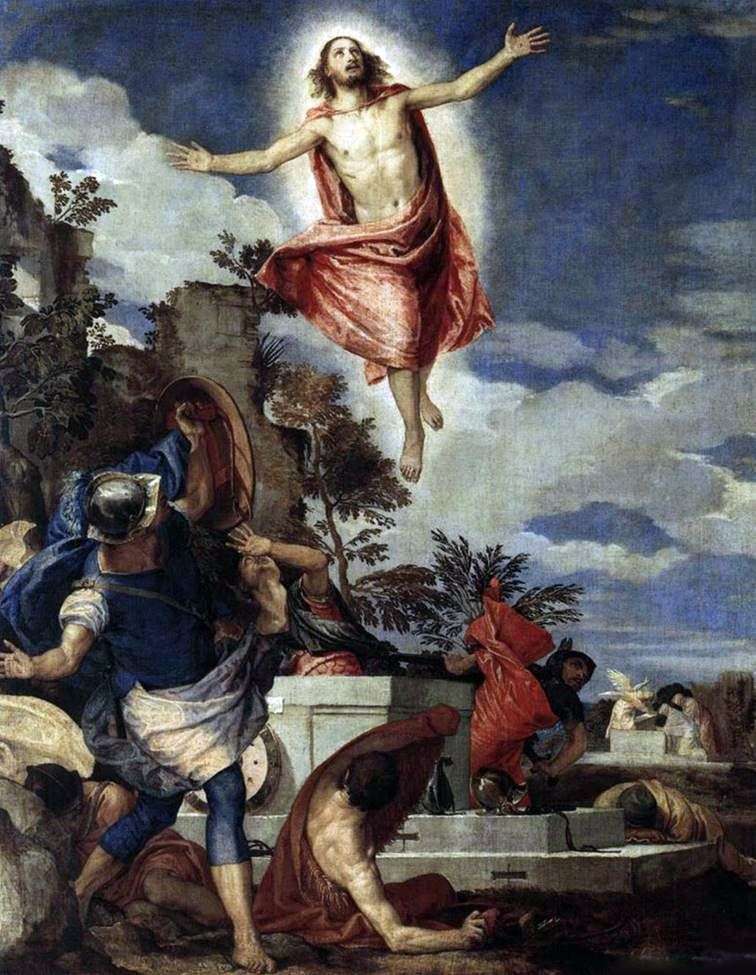 Painting by Paolo Veronese “The Resurrection of Christ” is written on the basis of a well-known biblical story. The size of the painting is 136 x 104 cm, canvas, oil.

The artist throughout his life constantly turned to religious topics, despite the fact that in the 1570s Veronese basically continued to fulfill orders for ceremonial and festive work.

In 1574, due to several large fires, a significant part of the interior of the Doge’s Palace burned, during which, in particular, remarkable works of painting by both Bellini died. New cycles were commissioned, to which Tintoretto and Veronese were involved.

The latter performed a number of paintings: “The Betrothal of St. Catherine,” the allegorical “Triumph of Venice”, in fact no longer triumphant and not victorious, and other compositions of this kind. Naturally, those who were in such a sharp contradiction with life, these compositions were performed by the aging and wise master of the master more and more dispassionately, with an increasingly indifferent hand.