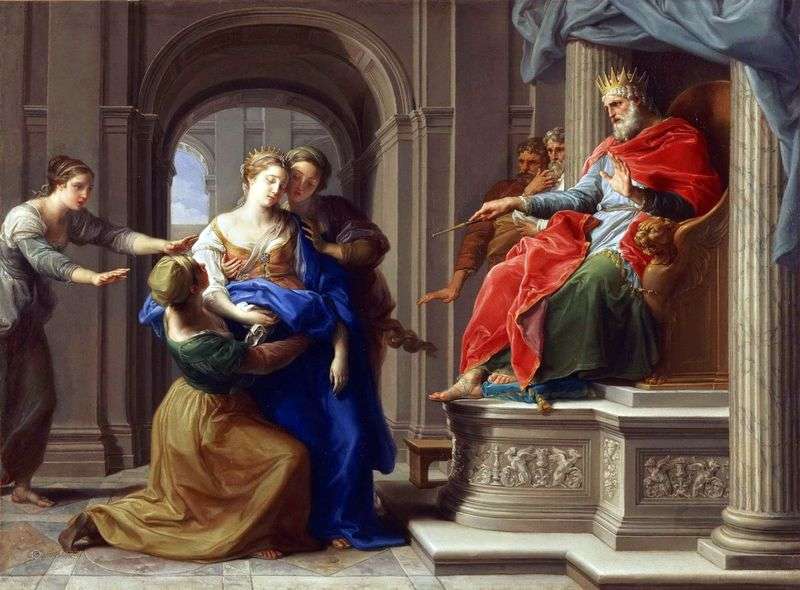 The plot of the picture the artist borrowed from the Bible, telling how the queen Esther, wife of the Persian king Artaxerxes, came to the king to ask for mercy for his fellow Jews who lived in the Persian state. Appearing in the royal chambers without a call, she violated the law of the court, which, according to custom, was punishable by death.

In the late period of Poussin’s work, the construction of his canvases is simplified, but behind the external balance and tranquility are hidden tension and drama. The composition of the painting is divided into two parts: on the right are depicted Artaxerxes and his advisers, to the left are Esther and her maidens.

The solemn alternation of columns and niches with statues on the second plan sets the rhythm of the whole scene, but this strict order is violated by a group of maidservants supporting Esther, who is losing consciousness because of excitement.

Artaxerxes’ clothes are devoid of decorations appropriate to the king, but thanks to a rich red color they look like a luxurious outfit.