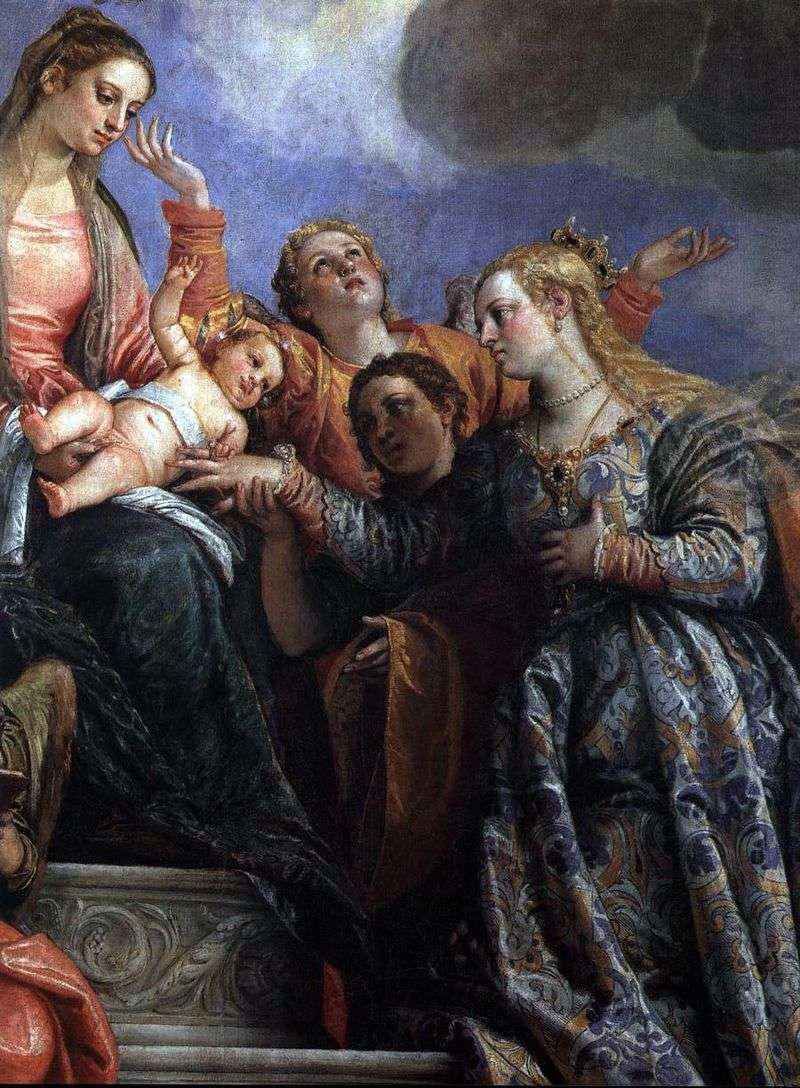 The main altarpiece of St. Catherine’s church is one of the most successful variations of the altar of Pesaro Titian from the church of Santa Maria Gloriosa dei Frari: the same diagonal, asymmetric composition thanks to the staircase leading to the throne of Our Lady in the left part of the picture.

A pair of Corinthian columns, as pillars of faith, supports the vaults of the divine temple on either side of the throne. Brightness and saturation of color Veronese reaches here its top, rich red, blue, yellow and gold colors seem to glow from the inside. The scene, captured by the painter, is complex and dynamic.

St. Catherine kneels before the divine throne, on which Madonna and the Child Jesus sit. One of the angels gives her right hand to the Baby so that he can put a wedding ring on her. The left Catherine holds her breast as a token of her faith and obedience. Brightly written light broke the cloudy sky, on it in honor of the celebration of the betrothal swiftly descend the angel-putti with the golden crown for the saint.

Angels at the edge of the clouds watch the action, while others around the throne and at the foot set up instruments and flip through notes, choosing what to perform for such an occasion. The servant is ready to clothe Catherine in a golden robe. Here Veronese, as in most of his compositions, skillfully combined a deeply religious plot, an intimate moment of faith and piety with the pomp and grandeur of the action adopted in Venice.