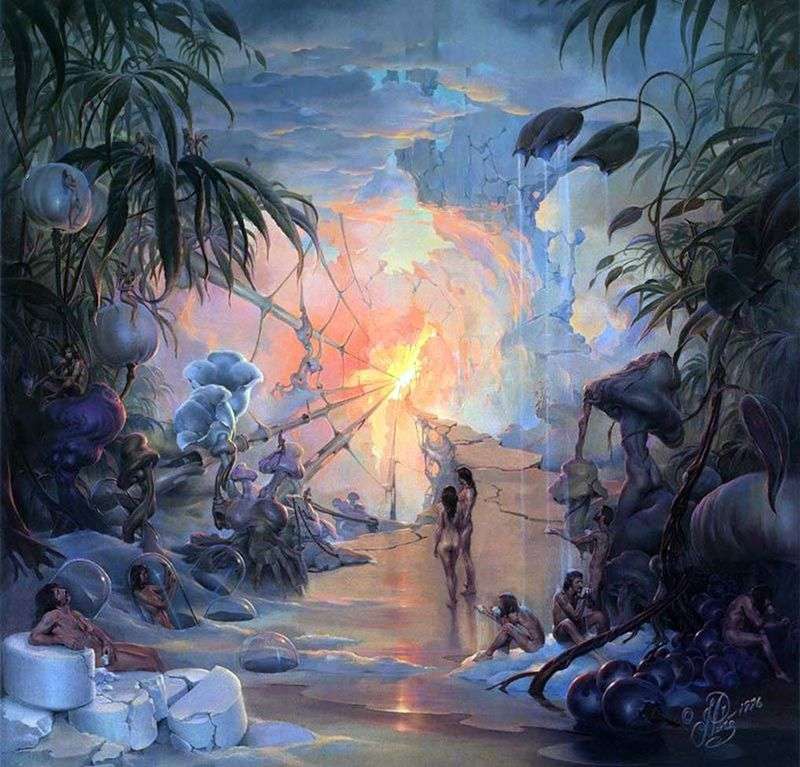 John Payter, or as he is called “Da Vinci of modernity”, has numerous copyright patents, he is a pioneer and pioneer in many areas of technical science and natural science. John Payter explored the depths of the oceans on an underwater vehicle, which he designed independently before commercial diving equipment became widely available.

John Peitr’s hobbies and hobbies, as well as the artist’s constant presence near the marine high seas prompted him to create a project for generating electricity from the energy of ocean waves and undercurrents. In addition to his enthusiasm for the water element, John Payter is also an experienced pilot, he learned to control any available model of the aircraft, including the unique, designed, and built by himself. The brave pilot, John Paytr and now has his own helicopter and easy to manage them in his travels.

In John Peitr’s painting “The Temptation of False Gods” – the magical world of desires and fears, the bizarre world of dreams. A fantastic planet where our vices and virtues materialize, taking forms or attractive or repulsive, formed by our own subconscious and reflecting, as in a mirror, the most secret thoughts and desires.