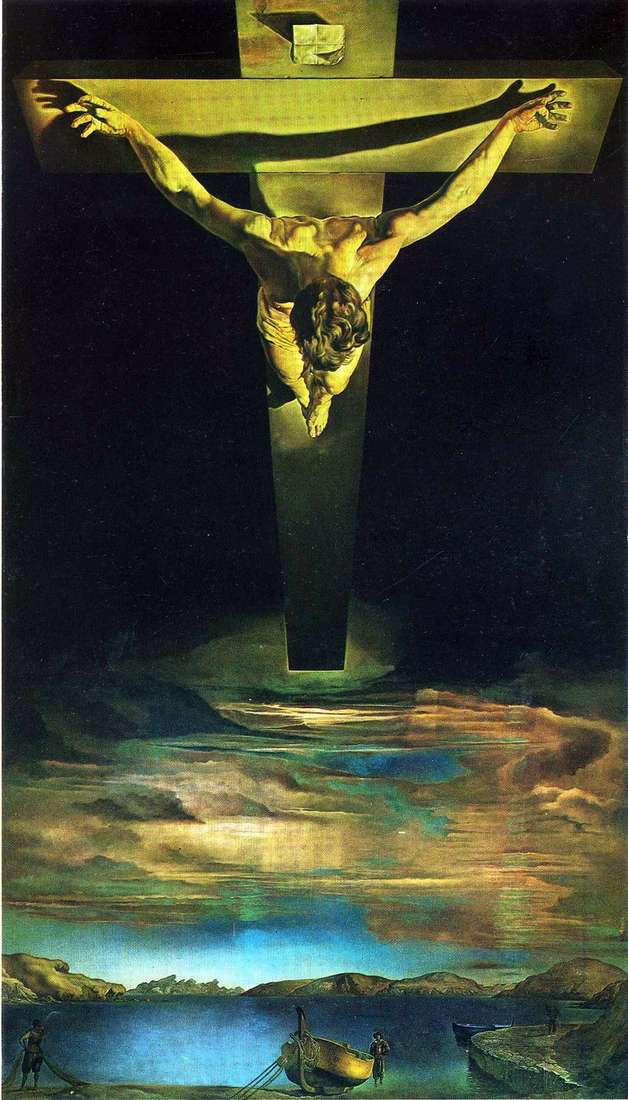 The name of the painting goes back to the episode of the life of the Spanish mysticist of the 16th century, St. John the Cross, who, in a state of religious ecstasy, painted a crucifix. His pencil sketch was made in the same unusual foreshortening as in Dali’s painting. Dali himself recalled her birth: “It all started with the cosmic dream that visited me in 1951, when the future picture I dreamed of in color.

Color had the structure of an atom, and in its core I saw a metaphysical force uniting the whole Universe – Christ! Thanks to Father Bruno, a Carmelite monk, I was fortunate enough to see a drawing made by Saint John of the Cross himself. I designed a design from a triangle and a circle and placed Christ inside the triangle. “

In order to depict Christ, the artist put the model on the floor below and wrote it, looking through the glass floor. Two small figures in the foreground Dali borrowed from the masters of the XVII century, which he always admired: the figure on the left is taken from the drawing of Diego Velazquez, and the figure on the right is from the picture of Luis Le Nain. The landscape depicts the bay near Port Lligata, in the homeland of Dali.