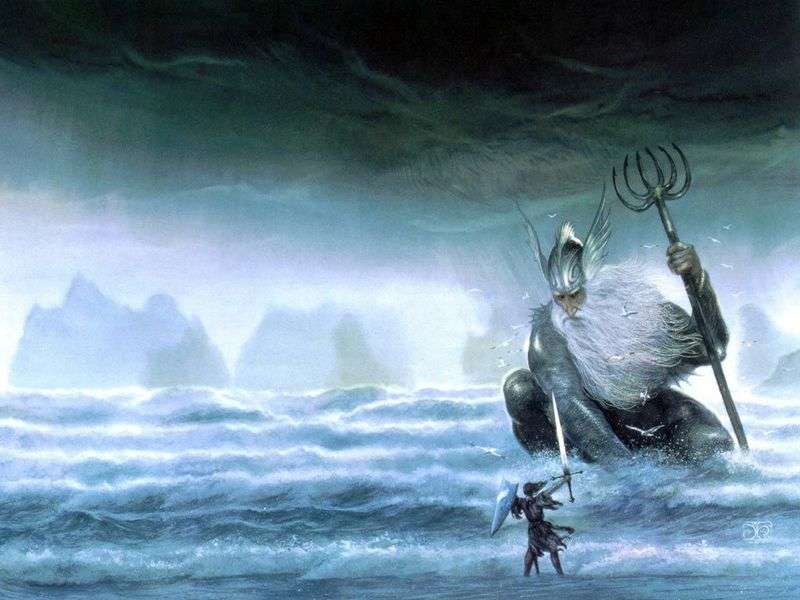 The first year of training at the art school studio was for John, he said, like in a fog, he did not understand very well what and how to do, the second one – in disagreements with what was really possible to understand, and the third was in impatient desire sooner take up serious independent work and achieve professionalism in the chosen field of the artist.

Years of training in Europe for John Howe were years of a constant informative overdose in all areas of painting, sculpture and architecture, in the art of John everything seemed both ancient and new. John Howe eagerly absorbed knowledge, he wanted to know and be able to do everything himself to do even better. None of what John did at that time was not preserved. The only exception was the illustration for the publication “Lieutenant of the Black Tower.” The path from the student to the master of the fantasy genre turned out to be difficult. John was not satisfied with what he was doing. His early works were political cartoons, illustrations for magazines and comics.

Repeating the same thing many times, he often, again, in his words, asked himself: “What kind of devil do I do this?” Painting by John Howe “Ulmo” – one of the many illustrations to “The Lord of the Rings”. Lord of the sea depths and a fearless warrior. The ocean is agitated, the sky has turned black, everything foretells a terrible storm. The terrible king was angry.