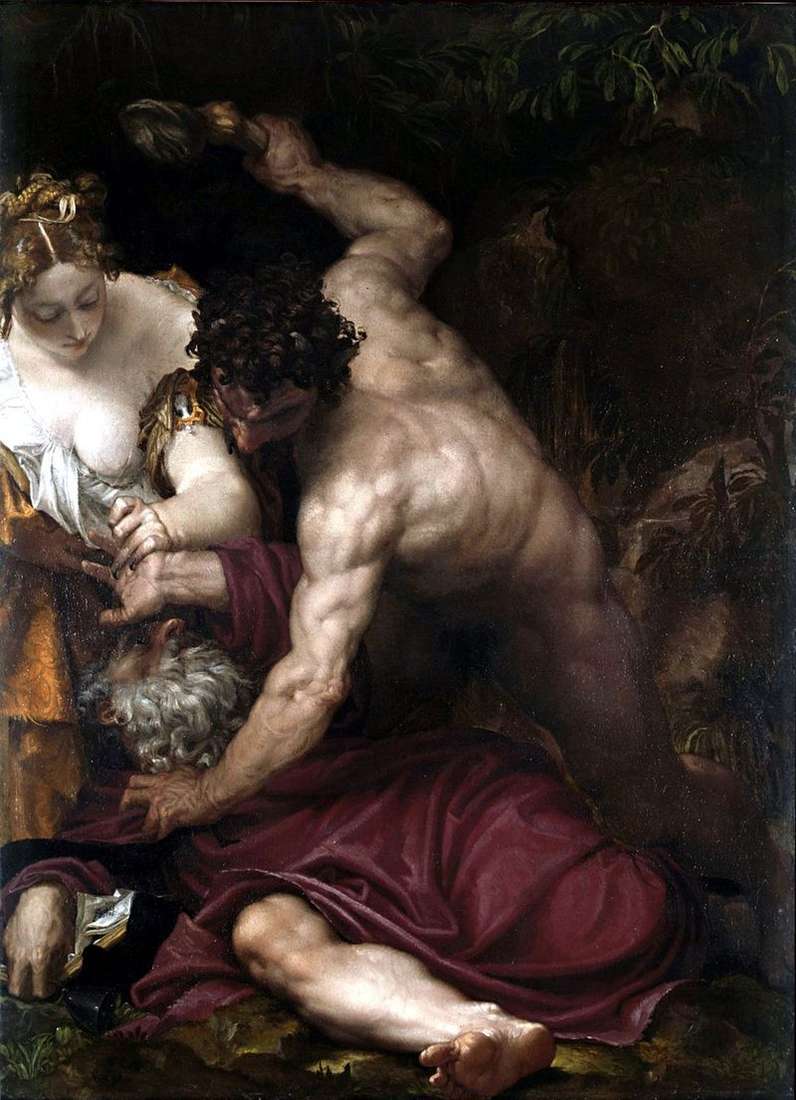 Painting by Paolo Veronese “The Temptation of Saint Anthony”. The size of the painting is 198 x 151 cm, canvas, oil.

Many artists from the Renaissance addressed a well-known biblical theme, and until a later period, for example, the painting of the master of surrealism by Salvador Dali on the same topic was written in 1946.

Plastically clear study of figures in the “Temptation of Saint Anthony” Paolo Veronese draws this picture, like all the early works of Veronese, with the art of the High Renaissance.

However, the external theatricality of the character movements largely deprives them of that inner strength, of the greatness that distinguishes the heroes of the monumental compositions of the early and High Renaissance from Mazaccio and Castagno to the “Raphael School of Athens” and the ceiling of the Sistine Chapel of Michelangelo.