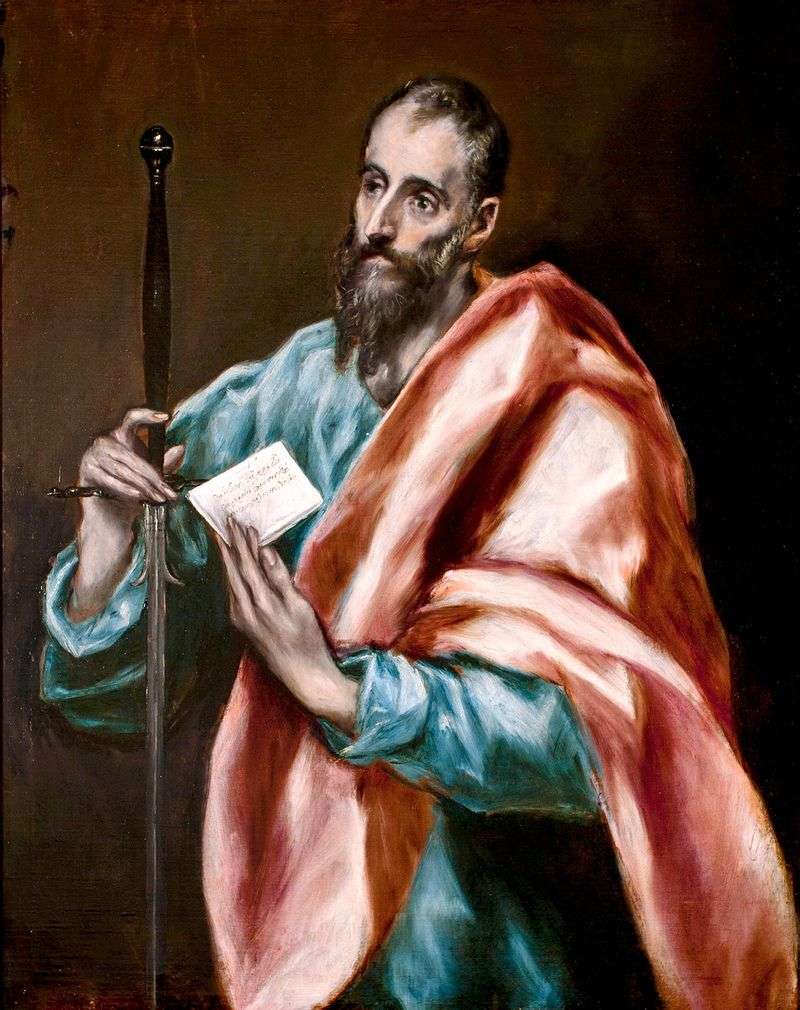 The apostle Peter was not called by Christ, as His 12 disciples, during the earthly ministry. First in the New Testament he is called Saul, then the Roman name is used – Paul. First zealous persecutor of the followers of the “Nazarene heresy”, converted to Christianity, and was sent by the Holy Spirit to preach the Gentiles – Gentiles. He carried out many missionary trips, he founded many churches, many of them in Crete, the homeland of El Greco. The story of the life and ministry of the Apostle Paul is recorded in the book of the Acts of the Apostles, an impressive list of his hardships and sufferings is also recorded in 2 Corinthians 11: 24-28:

The Apostle Paul is revered as one of the “pillars” of the Christian church. Most of the New Testament is composed of letters written to them, addressed to different churches and personally to Christians. According to legend, Paul died martyrdom, being beheaded in Rome under Emperor Nero in 64.

Most often the Apostle Paul is depicted with a scroll in his hand, with a sword. El Greco, strictly follows the tradition, and in the canvas “Apostle Paul” from the cycle Apostolado appears with these attributes. In the hands of the apostle, a leaf with a fragment in Greek from the Epistle to Titus, the first bishop of Crete.

El Greco repeatedly wrote images of the Apostle Paul, and a single figure, and in groups. Usually in his work St. Paul in the image of a husband in adulthood, black-bearded, with short black hair. El Greco chose the traditional colors of Paul’s robes – a blue tunic and a red cloak.

The black hair of the saint is touched by gray hair, definitely the head begins to grow bald. However, the black, piercing eyes glow with energy and an indomitable spirit. The Pharisee of the revered clan, the rising star of the religious horizon of Israel, he “regarded all as vanity.”