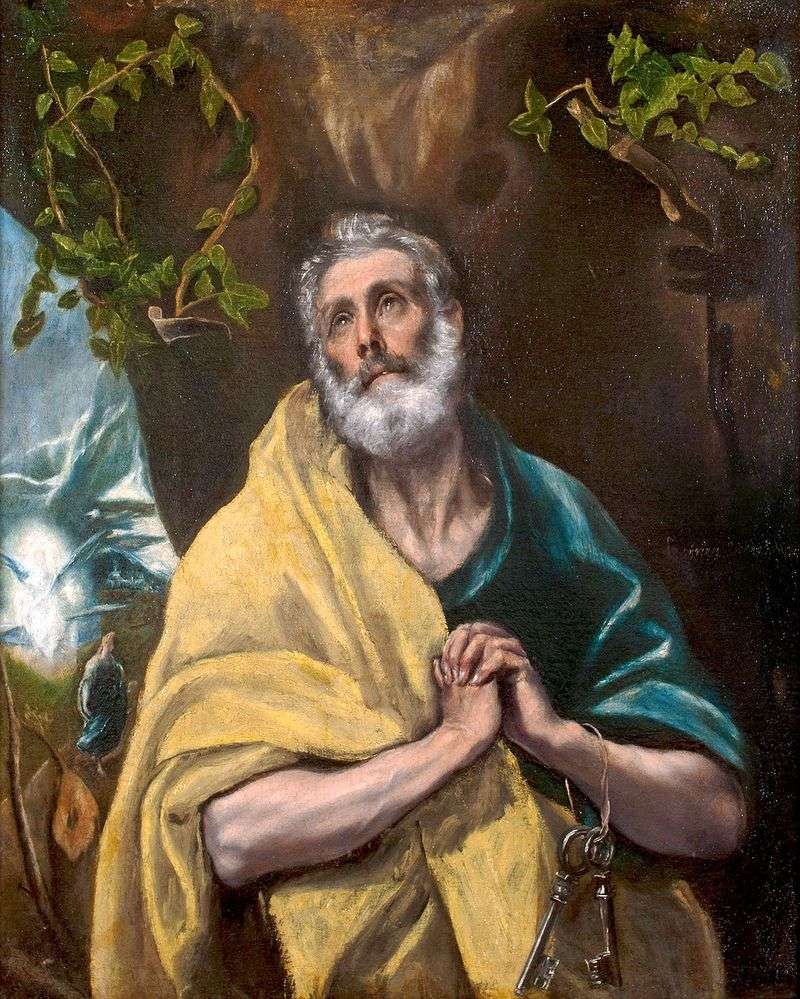 The apostle Peter, the “prince of the apostles”, called Simon, along with his brother Andrew, was a simple Galilean fisherman. At the call of Christ, they followed, leaving their craft, their home and family, their city, sacrificed everything to become “fishers of men.” He became one of the closest and trusted disciples of Jesus. In the past a fisherman, Simon witnessed miracles – healings, resurrections, he accompanied the Lord was on the Mount of Transfiguration and in the Garden of Gethsemane. For firmness in the faith, Christ gave him a new name Peter.

Peter accompanied the Lord throughout the earthly ministry, but denied after his arrest, but then repented, and with all zeal he proceeded to his ministry, to which he was called – to shepherd the Lord’s sheep. He became the head of the church, widely preached the gospel. After a miraculous release from prison, Paul left Jerusalem. According to legend, he founded the first Christian community in Rome, 25 years as bishop of Rome, and died as a martyr in the time of persecution under Emperor Nero in 64 AD. e.

In the art of depicting the Apostle Peter – the most recognizable. Usually it is portrayed in the form of an elderly, but still strong elder, balding or with tonsure, with short curly gray hair and a beard, usually short and wavy, with coarse features of a broad face. Usually he was portrayed wearing a blue tunic, on top of which he would put on a yellow gimaty. But the main feature is the key to the gates of the Kingdom of Heaven, entrusted to him by the Lord Himself. The pictured simple iron, silver or gold keys symbolize great spiritual power, bind and resolve, accept and excommunicate. Rare attributes of St. Peter in art are used to depict an inverted cross, a staff with three crossbars, a book, a cock, less often a ship or fish as symbols of a Christian church, as well as crafts of Peter – first a fisherman, then called by the Lord “fishers of men.” Sometimes it is depicted in the papal robes – tiara and mantle.

In the picture of El Greco, the Apostle Peter appears in the image of a gray-bearded sage. His robes are rude and unartilistic. The facial features are simple, the look is scattered. It seems that he is immersed in prayer and contemplates the spiritual world. His whole appearance breathes simplicity and humility. The saint grasps firmly in his left hand two simple iron keys. Peter puts his right hand to his chest, slightly holding his cloak, while simultaneously pointing to Christ. El Greco did not depart from the tradition in choosing the colors of Saint Peter’s garments – a blue tunic and a buffalo-buffalo cloak.

In the paintings of El Greco there is nothing accidental, everything is filled with deep meaning. Undoubtedly, the Apostle does not exalt his special position, spiritual power, which he possesses. For Peter, faith, love, compassion are more important. For Spain in times of severe inquisition it was from the artist’s side a daring challenge to the established way of life.