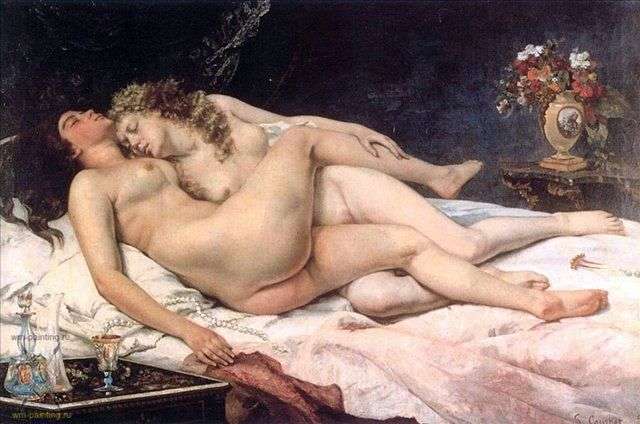 The painting “Sleeping” was acquired by the Turkish diplomat Khalil Bee, who also purchased the painting “The Origin of the World” to include it in a private collection of paintings. This particular painting was also part of the police report in 1872, when the painting dealer held an exhibition in it. It was not allowed to be shown publicly until 1988.