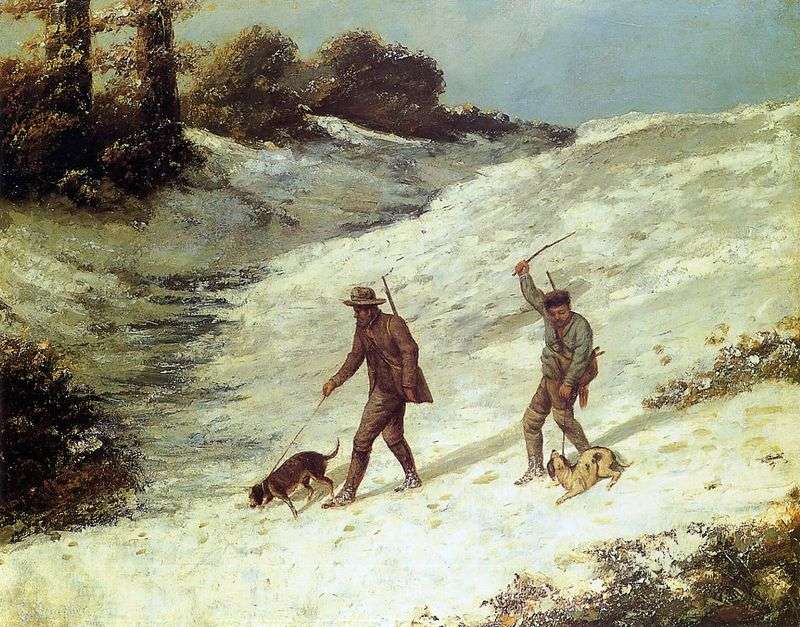 The second after the painting of passion Courbet was hunting. Travel to work in Ornan, he often timed to hunting seasons. In 1858, he was lucky to kill a huge deer on hunting in Germany, which became the largest hunting trophy in the last quarter of a century and brought the artist no less glory than his paintings.

Interest in the hunting scenes was fueled by Courbet’s success by artists who received awards at the Salon for their work performed in this genre. Courbet was different from many that he was not afraid to portray the cruelty inherent in the hunting world. His paintings such as “The Hunter Beating His Dog,” 1867, are very far from those varnished hunting scenes that were popular on both sides of the English Channel.