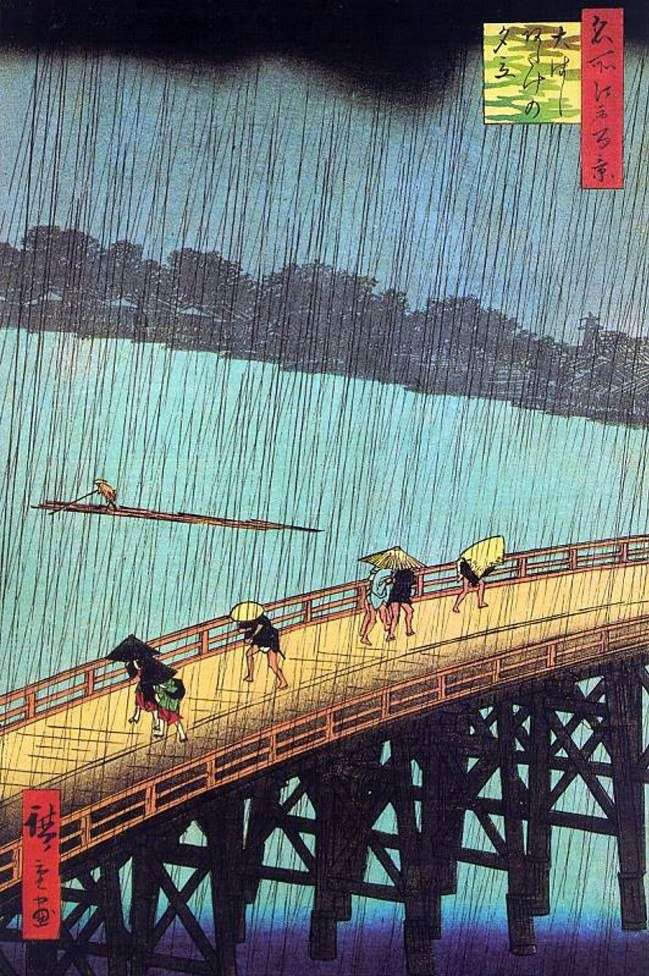 The toponym is included in the title of the engraving: Latake is a common name of the area, which is opened in the engraving of Hiroshige. This far shore became known as the Ataka named “Atake-maru,” one of the great rowing ships that appeared in the second half of the sixteenth century. The Shin-Ohashi Bridge is captured by Hiroshige in the pouring rain, which are merged in the summer.

Such a downpour is called “yudati” – “evening phenomenon / -: it is believed that it brings with it Raydzin – the god of thunder,” appearing “on the ground. At the end of the day, black clouds suddenly rush in, a hurricane wind rises. The rain does not last long, and the sky soon clears up, just like Hiroshige, who hid under broad-brimmed hats and straw hats, hurrying to find shelters caught by the storm of pedestrians.