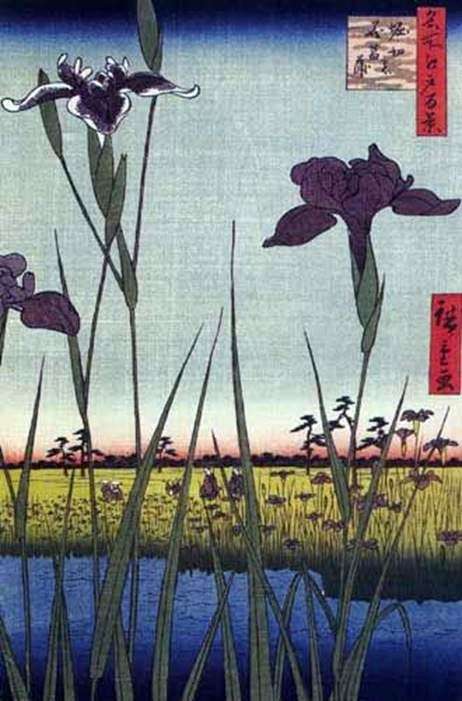 Okumura Masanobu chose for himself the theme of tender, feminine female actors-female performers.

The fact that they are young men, only small purple caps indicate the shaven, as befits a man’s forehead. Torii Kienobu – theatrical artist, depicting the actors of the Kabuki Theater in the most dramatic moments of the performance. He studied with his father, actor and graphic artist, and became the founder of the dynasty of theater artists of Torii. In his works the genre “yakusya-e” was formed – portraits of actors appearing on posters, programs, posters and in easel engraving.

Placards, easy readability, stiffness of features affect all the works of Kienobu. A talented artist, he managed to convey in the engraving all the dynamics and drama of Kabuki’s scenes, to find the graphic equivalent to the heroic performing style of “aragot”.