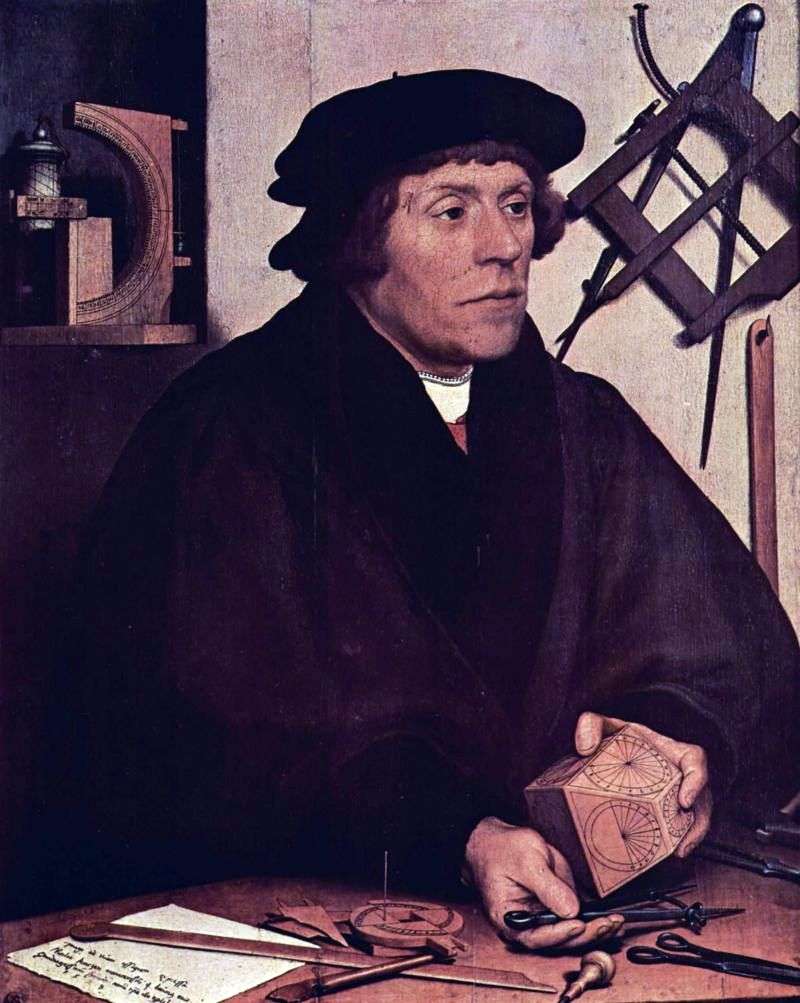 Nikolaus Kratzer was born in Munich, studied in Cologne and Wittenberg. In 1517 he was appointed professor at the Christian College of Oxford, and later remained in England. Humanist, he was a close friend of Thomas More and since 1519 and as an astronomer of the royal court was in the service of Henry VIII.

The picture is key in many ways. Here Holbein developed an allegorical style illustrating the model’s career – mathematical and geometric instruments on the walls and desk, in the hands of the astronomer the device and the compasses, and a focused look and a pensive expression emphasize that we are a man of science.

The mastery of the artist in this portrait has reached new heights. This is evident in the subtleties of lighting design, the elegant background in cream colors, the brown and black tones in the structure of the instruments on the wall, in the peculiar look of Kratzer’s hard-eyed look, which reinforces the impression of detachment and focus on astronomy problems.