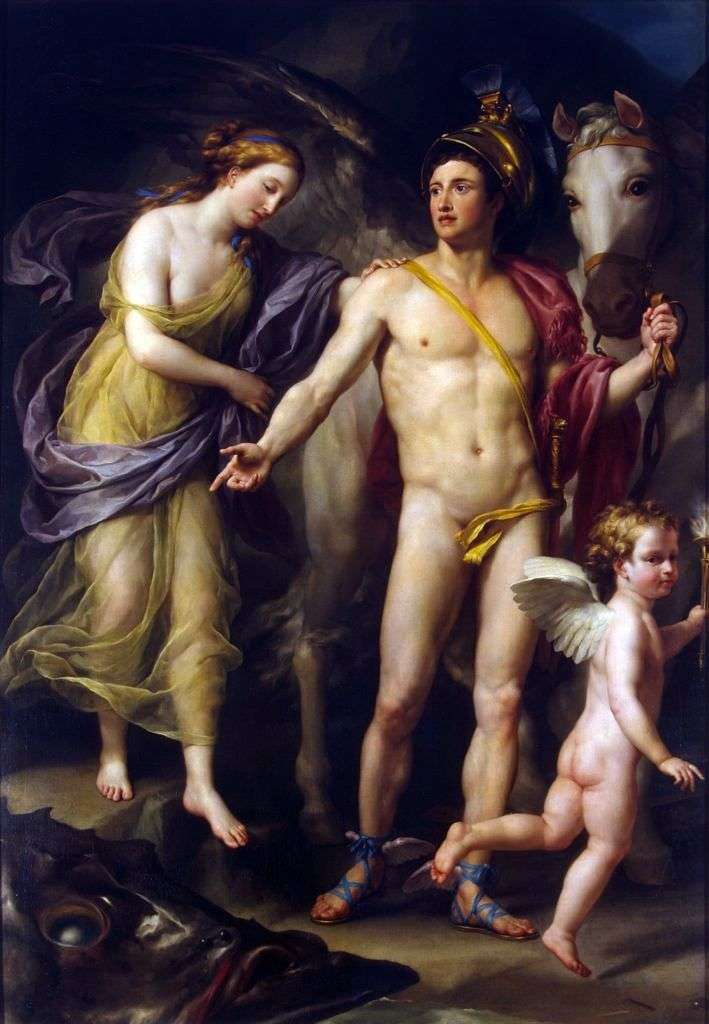 Anton Raphael Mengs is the largest German representative of Neoclassicism – a trend that arose in Europe in the second half of the 18th century and was based on unconditional worship of ancient art. The inspirer and theorist of this trend was the historian Johann Winckelmann, and his book The History of the Art of Antiquity was known at that time to every educated European. Winckelman’s thoughts about perfection and the unsurpassed beauty of antique designs influenced many famous artists, including the great Italian sculptor Antonio Canova.

In Germany, the most devoted and consistent like-minded Winkelmann was Anton Raphael Mengs, whose painting is the practical embodiment of the ideas of Winkelmann, a close friend of Mengs. The monumental canvas “Perseus and Andromeda” can be considered a program of neoclassicism. The artist chooses the ancient myth as a plot, known for his masterpiece Rubens, and Mengs depicts the same climax of the legend. Comparing the two works, it is difficult to find more different artists and a more different interpretation of the topic.

Athletic and beautiful Perseus looks like a statue of Apollo Belvedere. The pose and the movement in which Andromeda stands still refer us to the relief of ancient times. Mengs’ heroes are perfect, but cold; Rubens’ picture is full of subtle shades of color, and the characters are natural and beautiful in the expression of their feelings.

This painting was created by Mengs in Rome. Later, after it was sent to the customer, its difficult journey began. The ship on which the picture was transported was intercepted by robbers, who sold it in the port of Spain to the naval minister. Then, in 1780, it was acquired for the collection of Empress Catherine II.