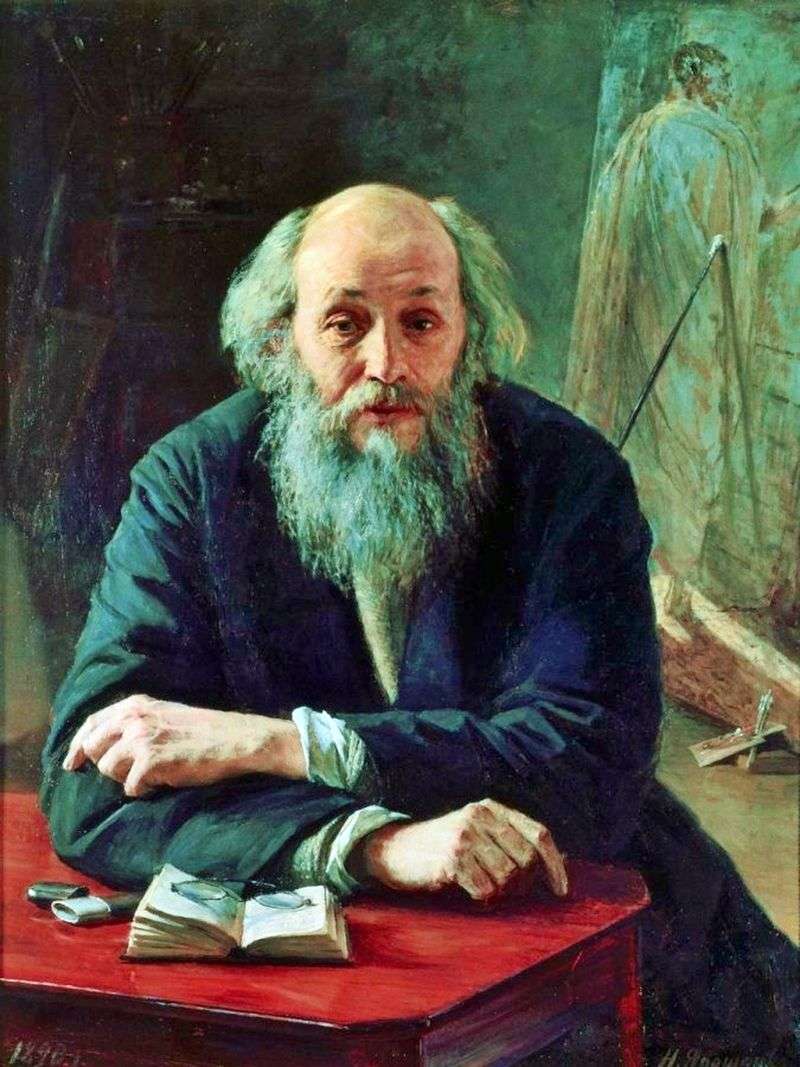 Nikolai Aleksandrovich Yaroshenko is one of the main participants of the Association of Traveling Art Exhibitions. Fixing the glory of the portrait painter, Yaroshenko created the “Age in the faces” – this is the time-honored types of a student of raznochintsy, a student, a stoker, and a designated circle of outstanding personalities of the second half of the XlX century – L. N. Tolstoy, actress P. A. Strepetova, artist I. Kramskoy and many others. In 1890 Yaroshenko sang the portrait of his comrade in association – the Painter Nikolai Nikolaevich Ge.

Personality of this artist attracted contemporaries, many considered him a foolish old man, retired in his Ukrainian farmhouse from the 1870s and lived by strange religious beliefs. Someone, on the contrary, found in him a spark of a living mind and a talent for oratory, the ability to entertain lectures on art. Creativity Ge also did not find unity of opinion. After dedicating the last two decades of his life to the theme of the life and death of Christ that tormented him, Ge performed countless picturesque and graphic works with evangelical plots.

The crucifix theme that has become mastered by the artist will become central to his co-philosophical understanding of the Christian faith. Exhausted by the daily, hard work on creating the canvases “The Sanhedrin Court”, “Judas”, “Exit With the Last Supper” and others, Ge painfully experienced rejection and misunderstanding of his creativity by the public, the banning of his paintings to show at exhibitions. Yaroshenko portrayed the artist shortly before his death. The wise look of the old man, the God-seeker, the unrecognized genius, as if asking the viewer: “What is truth?”, Echoing the hero of his canvas, standing in the background.