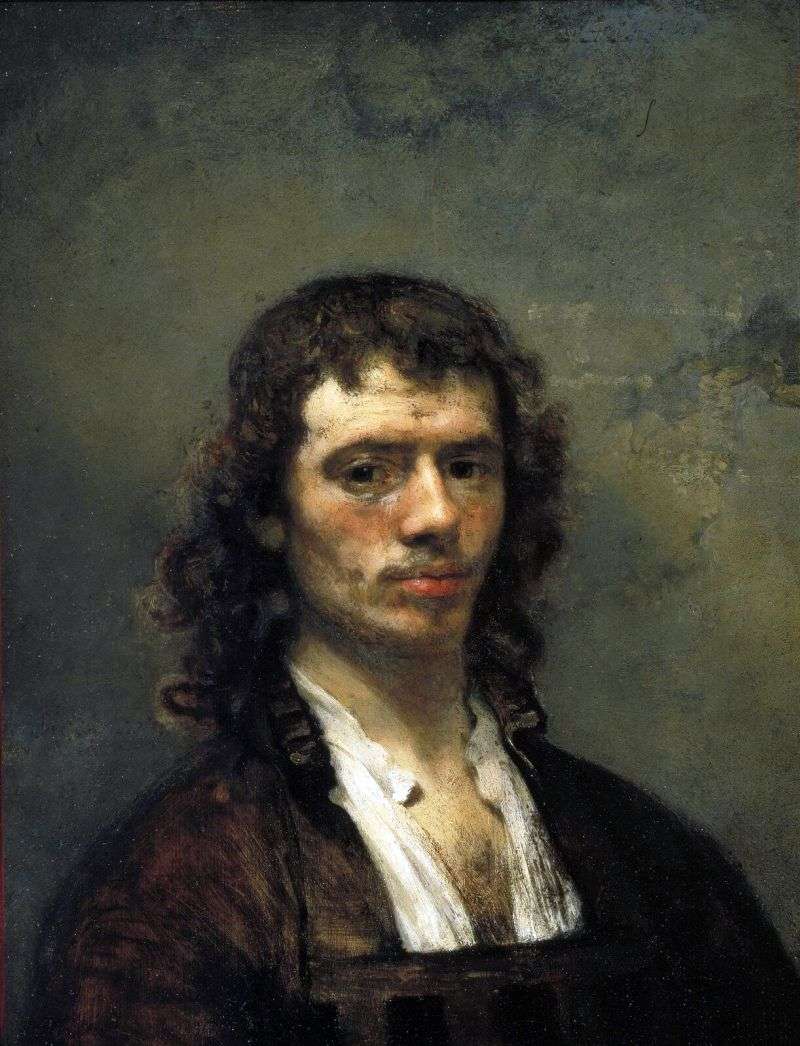 Karel Fabricius was one of the most talented pupils of Rembrandt, with his name is the origin of the Delft school of painting. The artist’s short life was full of drama. The first marriage of the painter was interrupted due to the sudden death of his wife and twin children in 1643. In 1650 the artist again married and moved to Delft. Two years later he became a master of the guild of St. Luke.

Fabricius enjoyed influence among the painters, he was invited to decorate the rich burgher houses, he received profitable orders. Creativity artist was experiencing a period of the highest flowering, but the

explosion of the gunpowder warehouse in Delft took his life. The presented self-portrait is one of two executed by the artist. This is an early self-portrait, in which Fabricius portrayed himself as an artisan with an open collar of a shirt, in a leather apron.

This image is not accidental – the artist himself appropriated the nickname “Fabricius”, which means “carpenter”, because in his youth he learned carpentry. Other famous works: “Self-portrait”. 1654. National Gallery, London; “An old man in a fur hat.” 1640’s. Mauritshuis, The Hague; “Hourly”. 1654. The Art Museum, Schwerin; “Goldfinch”. 1654. Mauritshuis, The Hague.