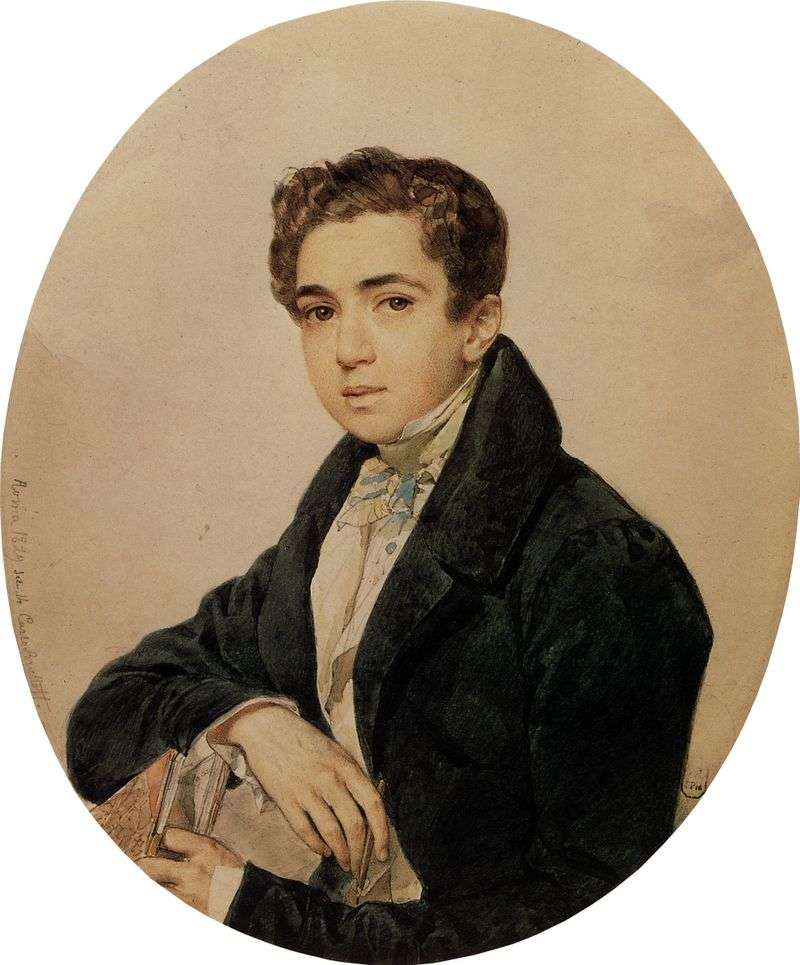 Gagarin Grigory Grigoryevich – an amateur artist; the son of the Russian envoy in Rome, Prince GI Gagarin. From 1826 he was in the diplomatic service.

In the 1820s he took painting lessons from KP Briullov, who often visited his parents ‘house in Rome, which became one of the centers of Russian artists’ communication, was Bryullov’s companion during the journey from Athens to Constantinople in 1835. He left the memories of Briullov.