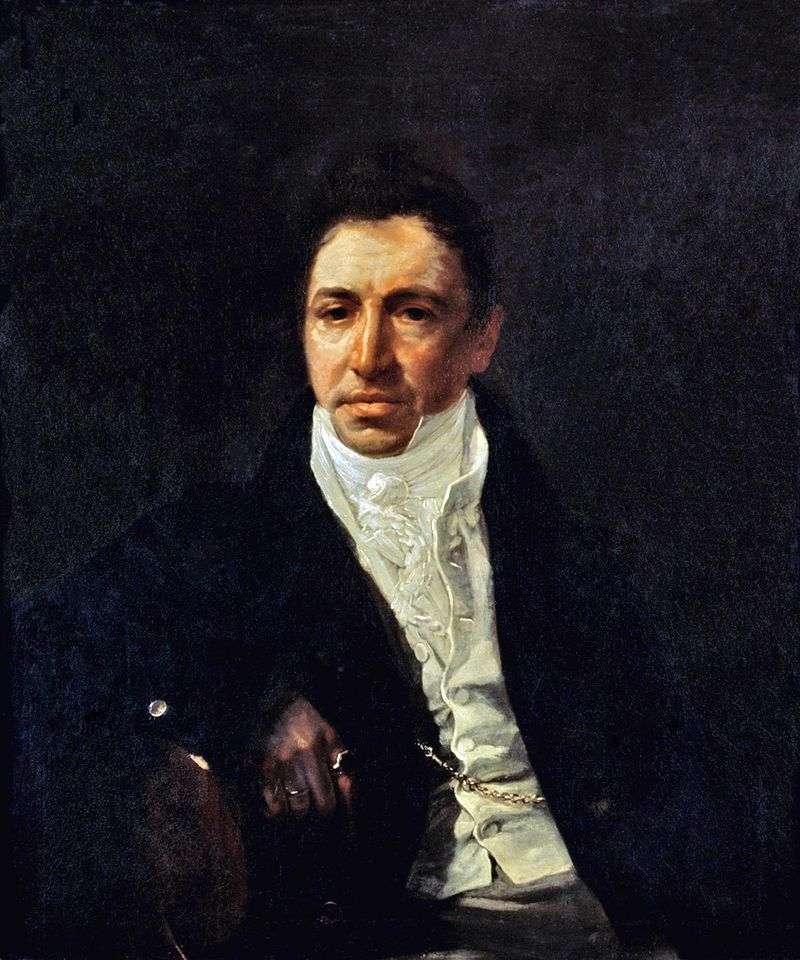 The State Secretary of His Imperial Majesty. He studied at the boarding school at Moscow University with Professor Chebotarev, as a child he was also recorded as a sergeant in the Semenovsky regiment, participated in the Turkish war, in 1812 was the general on duty, in 1814 he left military service.

In 1820 PA Kikin formed the Society for the Encouragement of Artists, together with Prince IA Gagarin and AI Mamonov, where he was a treasurer and a leader, introduced a number of improvements in rural industry and, according to Shishkov, the first gave the idea of building a temple of the Savior in Moscow.

Kikin helped K. Bryullov get a long trip to Italy at the expense of the society, which the leadership of the Academy of Arts refused to give him, despite the fact that he was the most talented of all, graduating then, pupils. This strange circumstance is explained by the fact that shortly before the end of the Academy Bryullov quarreled with the academic authorities, who did not hesitate to slow down the question of his trip abroad. The portrait of PA Kikin suffered from abuse of Briullov asphalt, as a result of which the painting strongly “got used to it.”

According to M. Zheleznova: “Subsequently, Bryullov was dissatisfied with this very blackened portrait, but said that he looked like and properly drawn.” Focusing his attention on the face, Bryullov gave a convincing, in a similar and sharpness, Kikin’s characterization.