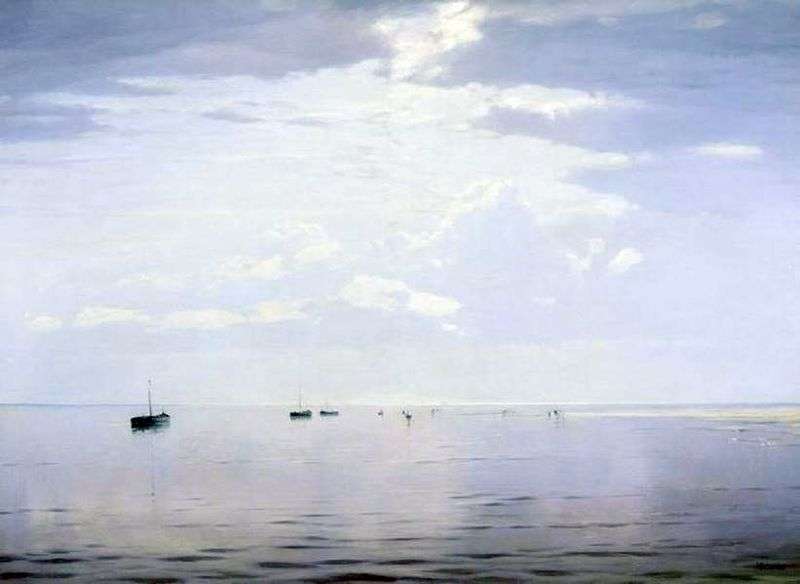 You can give a lot of enthusiastic reviews of the works of the artist in the pre-revolutionary press, in the memoirs of contemporaries. Here is one of them, Professor VA Wagner. “I remember that it was a long time ago, at the traveling exhibition there was a big picture of Dubovsky” On the Volga “, he wrote in 1918. A vast water surface over which several gulls rush, a barely noticeable point of a distant steamboat, and above all these purple clouds, which covered both the distance and the sky, and that’s all, but the public was constantly crowded around the picture and stood for a long time, obviously not immediately aware of what attracted the painter to this painting.

In others, it was no less, but, perhaps, more… Another riveted in the picture Dubovsky. Someone, it seems, called it a “symphony in lilac”, and it was a clear definition of what it was: all in lilac tones, it really was a symphony.

The painting was not struck by technique, although it was impeccably good, not by skill, which, however, was evident, namely by the mood of the artist, his soul symphony transmitted not by sounds, but by the colors of his palette. The spectator was riveted to the picture not by the picture itself, but by what made up the soul. “