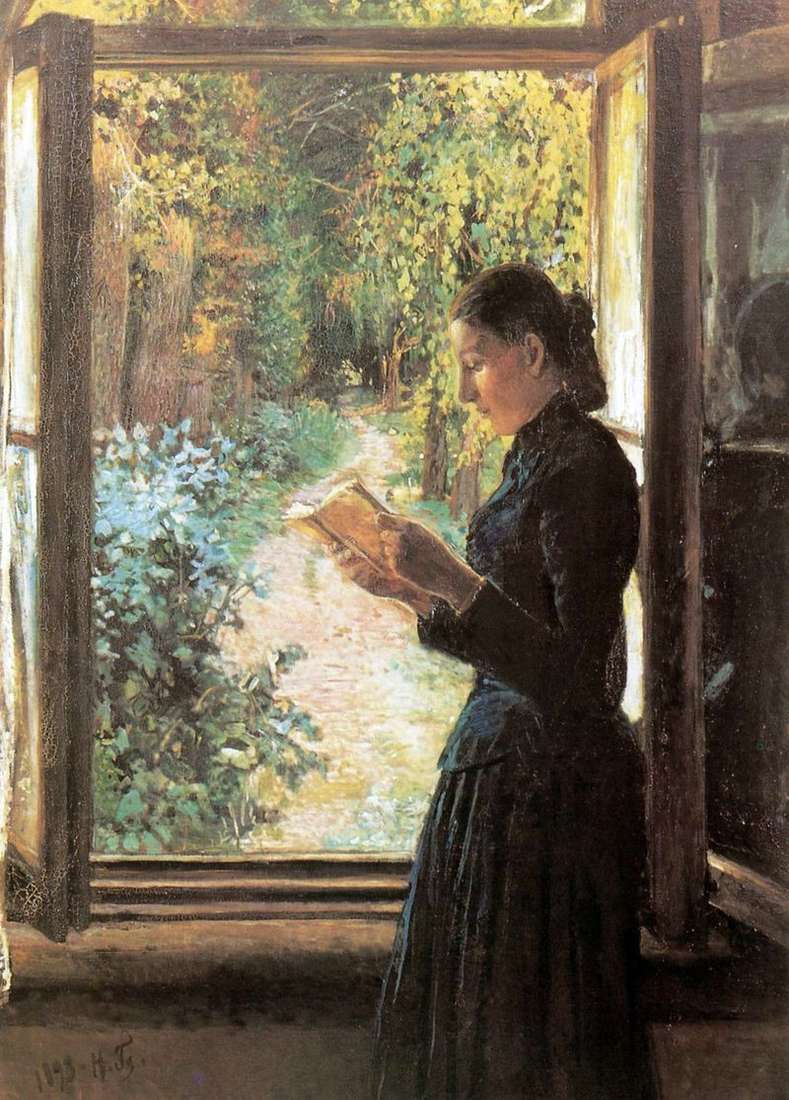 Very unusual for the artist’s portrait. Natalia Ivanovna Petrunkevich lived nearby Ge. They were friends with the artist. The girl came to him, and read while standing at the open window. She read Herzen, most likely it was the book “On the One Drama”, which He once gave to his wife, then to the bride.

It was such a young girl who was portrayed by an artist. She stands by the open window, leaning slightly against the cool glass. She is wearing a dress made of warm velvet. And it seems so close and at the same time far away. It seems that this is not a real, familiar girl, but a beautiful lady from knightly times… And beyond the window is a fabulously beautiful overgrown garden, an alley of huge poplars, touched by the rays of the setting sun. It seems that there is a reverent silence around, and through the open window the aromas of the autumn garden flow – the smell of leafy leaves and fresh foliage.

It should be noted that in recent years Gay began to write from nature in an open air. In this portrait, the green color lives on canvas, shimmers with precious shades, flickers… Natalia Ivanovna Petrunkevich Ge wrote a year before his death. Petrunkevich herself died in November 1891. This deeply shocked the artist. He wrote in those years to L. Tolstoy: “I understand everything and love what becomes of a person, when he passes from this finite life to an infinite life, but I can not stop feeling, I’m scared hard, and, it must be, so until the end of my days. “After 35 years, neither I nor she probably knew that they had grown so much.”