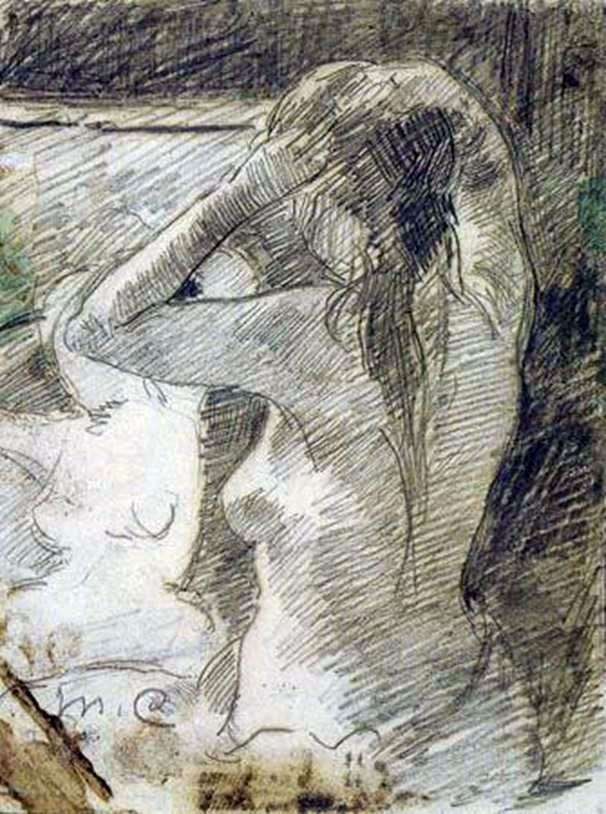 During his studies in Pennsylvania and Paris, Cassatt did not show any noticeable interest in academic drawing. Her early drawings are characterized by an acute, slightly nervous line and vigorous shading.

In the late 1870s, Mary Cassatt was carried away by engraving, and this fascination contributed to a change in her attitude to drawing. Now he has become much stricter, sharper, more rhythmic, and, so to speak, more “conscious”. Of all Impressionists, Cassatt came closest to the linear style of Japanese artists, whose works were admired at the end of the 19th century by all of Europe.

It is amazing how the artist managed to maintain a sense of the weight and volume of the depicted object, even in drawings cut off by the edge of the sheet, an example of which is “Hairstyle.” Bold hatching, a clear line, “flightiness”, inherent in the drawings of Cassatt, delighted many of her fellow artists.

Even such an outstanding draftsman as Edgar Degas noticed sometimes: “I can not believe that a woman is able to draw like that.” These words were the highest compliment in his mouth.