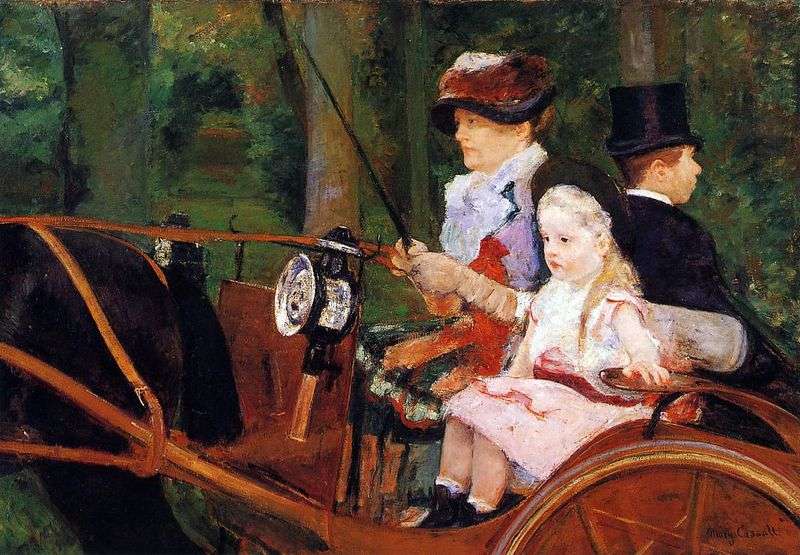 The theme of mother and child Mary Cassatt worked out her whole life. The artist has practically exhausted her compositional and psychological abilities, leaving her contemporaries no chance to find at least one “corner” of this topic, which she would not cover.

However, no one seemed to be looking for these alleys, since the very theme of the mother and child seemed out of date and boring. Yes, everyone recognized that for many centuries the whole of European painting was held by this theme, but the more attacks Cassatt threw on his head. She was accused of profaning this great religious idea, giving it “vulgar bourgeois charm”. Strangely, however, that it was she who deserved these accusations, and not those hundreds of artists who wrote fetish sketches with plump babies and full-breasted mothers, using the same pattern.

Cassatt, unlike them, built every work on the basis of deep observations, striving through the poses, gestures and views of their heroes as accurately as possible to convey all the joys and sorrows of motherhood and to catch the invisible spiritual connection between mother and child. Striking in its majestic naturalness is her pastel “Mother and Child”, first shown at the New York exhibition in 1895. The bowed head of the mother, her hands, gently and tightly grasping the child, is this the profanation of the idea, its saturation with “vulgar bourgeois charm”? The dark blue alarm background, on which the figures of mother and child are written, emphasizes the defenselessness of the baby and the protective posture of the mother. Permeated with air and light pastel “Women admiring the child”, 1897.

With great skill the artist writes her mother’s face here. It’s almost invisible, and yet Cassatt knows how to show a happy smile on him. Otherwise, she decides her earlier composition – “Mother and child in a cart”. Here the author is most interested in not the psychological connection between a woman and her little daughter, but the contrast created by the neighborhood of a mature lady and a chubby child.