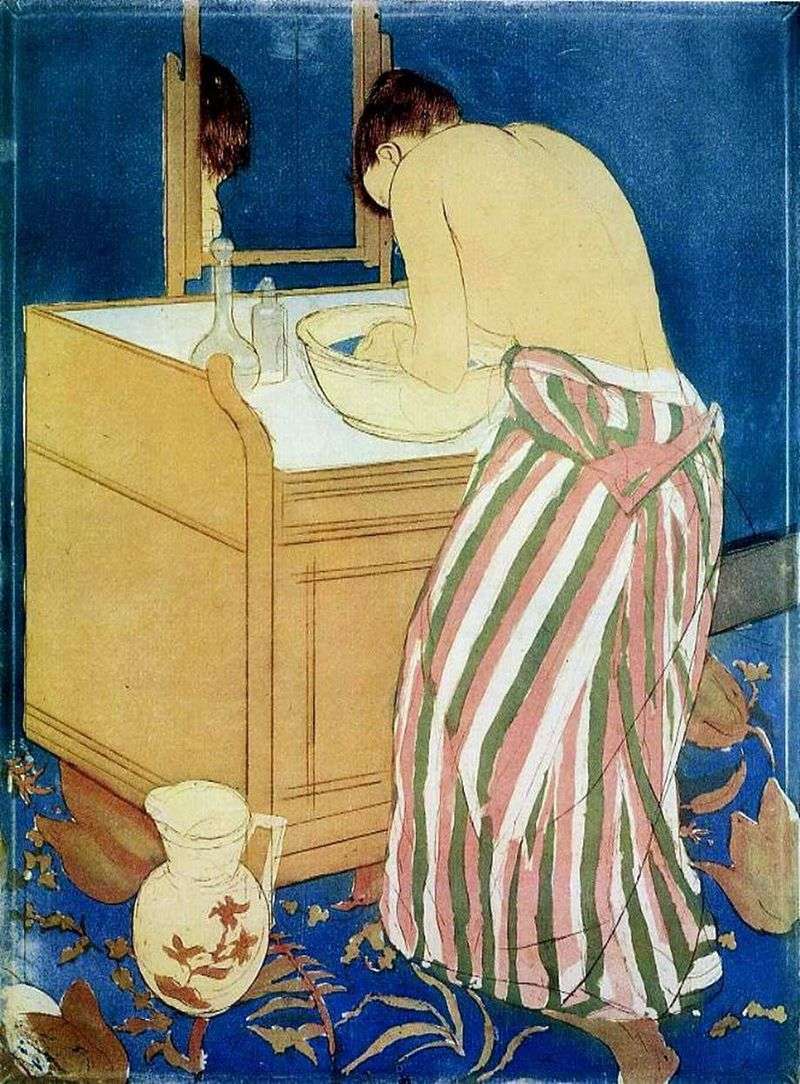 The theme of a nude female body attracted many painters, not to mention the impressionists, sometimes “stuck” in this story beyond measure. Interesting in this aspect is the approach of Cassatt, a woman with a freedom-loving American character, but decently educated, and living in a bourgeois society that presupposed the observance of many rules in the behavior of the lady.

The engraving was created after Cassatt’s acquaintance with the Japanese graphics, and the comprehension of this direction in the mainstream of her work, while she did not just combine the Eastern tradition with the West-European style, but embodied the individual vision of the topic.

Represents one of the works that decorated a series of ten etchings exhibited by Durand-Ruelle.