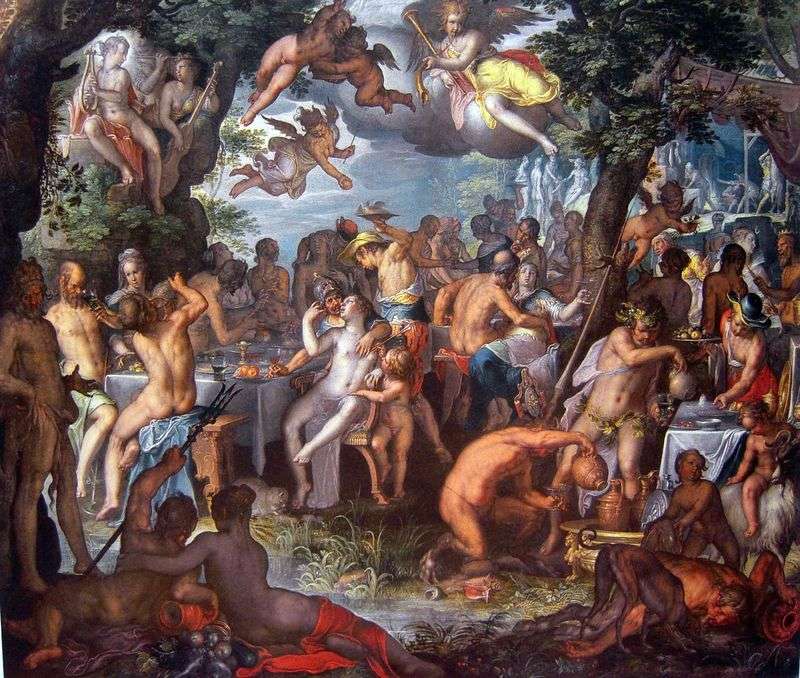 Thetis wanted to marry the god-thunderer Zeus, but having learned from Prometheus the secret that the son of Thetis would exceed the power of his father, decided to give Thetis a wife to the mortal Peleus. The condition for the marriage of Peleus on the goddess was his victory in single combat with the bride. Peley defeated Thetis, holding her with his mighty hands, despite the fact that thetis took the form of a lioness, a snake and even turned into water.

The wedding of Peleus and Thetis was celebrated in the cave of Chiron, with the participation of all the gods of Olympus, with the exception of the goddess Eris, who, offended that she was not invited to a feast, decided to take revenge on the gods and threw a golden apple from the gardens of the Hesperides, addressed to the inscription “Beautiful” . For the title “The Most Beautiful” a dispute arose between the three goddesses: Hero, Athena and Aphrodite. None of the goddesses wanted to concede. Zeus refused to be a judge and gave the apple to Hermes to accompany the goddesses in the neighborhood of Troy, where the dispute was to be resolved by Paris, the son of the king of Troy Priam.

This story caused the Trojan War. Oracles predicted that from the marriage of Peleus and Thetis should be born a mere mortal, but the great hero Achilles. Peleus received at the wedding from the gods the enchanted armor, which he later gave to his son Achilles. According to the canonical version of Thetis, Achilles atoned in the waters of Styxa and made invulnerable. Wishing to grant Achilles immortality, Thetis kept her son on fire when Peley entered and thought that the child was threatened with death, took him out of the hearth and drove his wife away. Thetis disappeared, but continued to take care of her son. Probably, in the pre-Olympic times, Thetis played a more significant role: the “Iliad” mentions the services that she rendered to Dionysus, Hephaestus and Zeus himself.