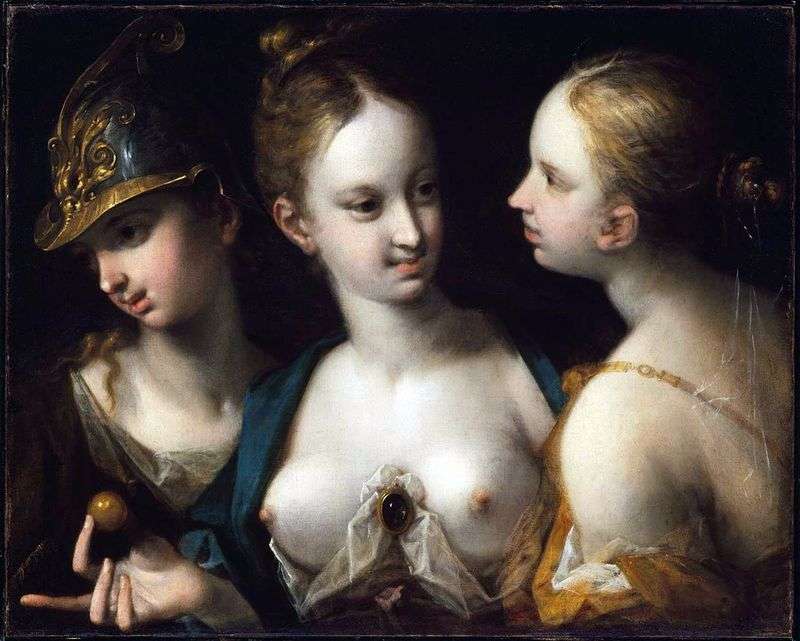 Painter Hans von Aachen painted a picture based on the ancient Greek myth of the apple of discord, which served as an indirect cause of the Trojan War. The three goddesses are depicted, Athena, Venus and Juno, who came to Paris to resolve a dispute about which of them is the most beautiful.

Juno promised him dominion over Asia, Athena – victories and military glory, Venus – possession of the most beautiful woman; he preferred the latter and gave the apple to Venus, having acquired this patroness himself and his people in the goddess Venus. Paris, on the advice of Venus, went to the Amycles.

Endowed with the goddess Venus with all the charms of beauty and charm, he liked the hospitable hosts and especially deceived Elena. Paris persuaded her to abandon the house of her husband Menelaus and sailed with her at night to Asia, taking many treasures from the palace of Menelaus. This act of Paris served as an excuse for the Trojan War.