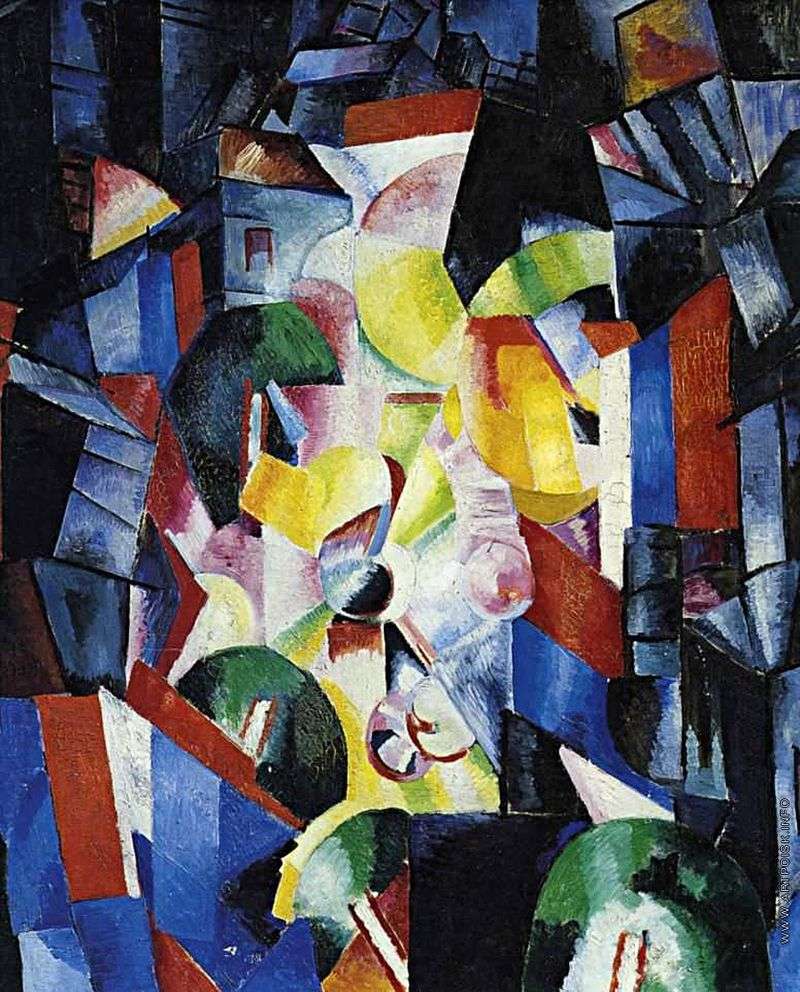 This early painting of the artist was created in the style of “futurism” under the strong influence of French painting. In the picture there are already “concentric forms” that penetrate into the real space, which indicates the influence of Orpheism R. Delaunay, as well as the ideas of Theosophy. The city is one of the favorite motifs of the futurists.

In addition, in the decorative side of this picture, we can feel the collage method and its effect. The artist paid special attention to the combination of color and movement.

The prevailing white-blue-red colors in the picture make one recall the close connection of A. Exter with France and Paris, in which she spent many years of her life, finally emigrating from Russia.

Coloristic flair and constructive thinking are not the only indicative virtues of the canvas. The artist is already distinguished by the principledness and sensibility of using creative techniques. Dynamic forms, characteristic of futurism, combined with a rich lighting effect. Also in the film the internal structure of the composition is emphasized, its clearly defined and strained rhythm is noticeable.