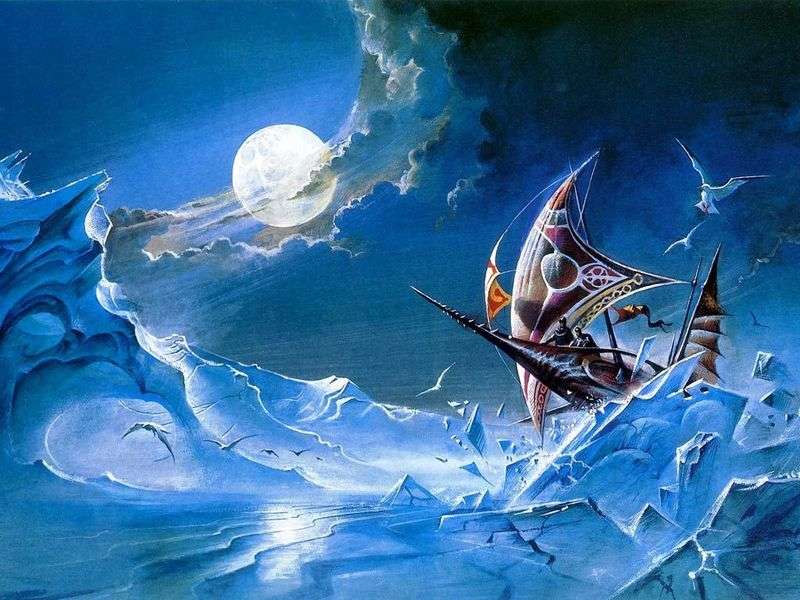 Early in disappointment with the traditional methods of perceiving and expressing the ideas of the visual arts, Bruce Pennington found his own way of expressing himself in painting and illustrating fantasy and fiction books. Pennington’s paintings are emotionally colored, dynamic, the palette is multicolored and confident.

The painting by Bruce Pennington, where the artist depicted a deadly battle with the ice, is called “The Battle in the Ice”. A fantastic ship of a distant cold planet makes its way through sharp ice blocks. The wind blows the sails of the winged ship, flags flying. Gulls anxiously rushing about in a stormy sky. The whirlwinds of air around the huge moon globe give the picture the effect of rushing in the icy planetary space.