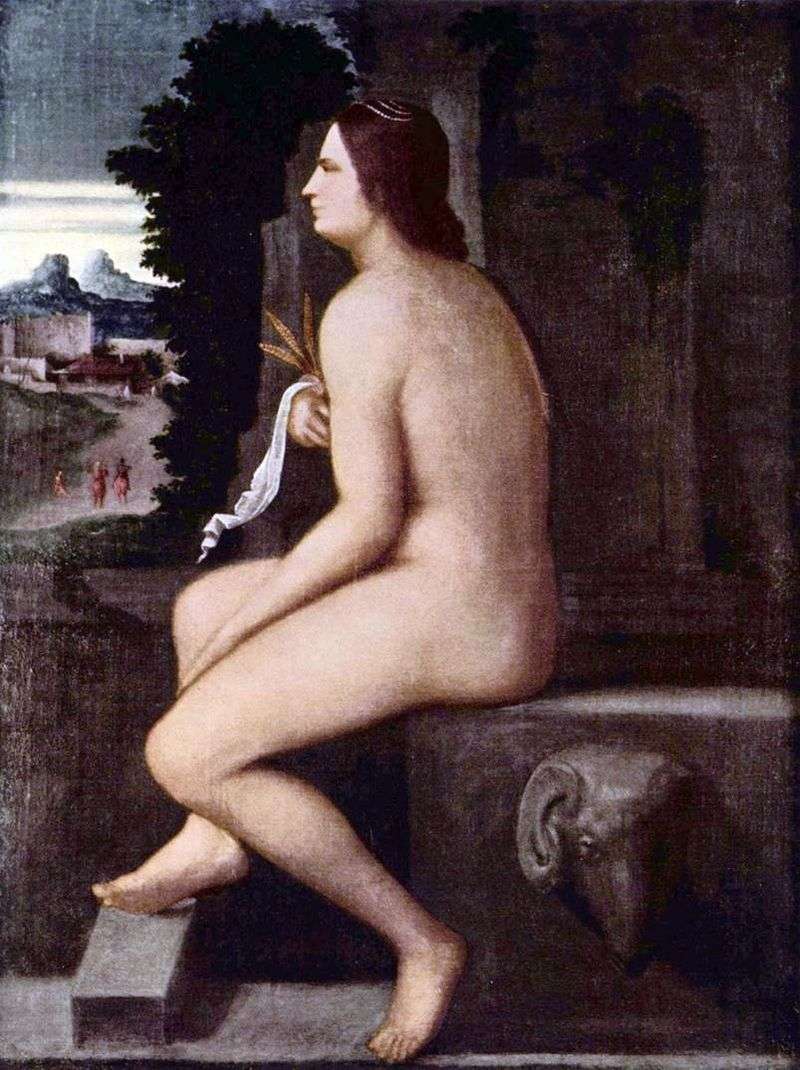 The painting “Ceres” by Venetian artist Giorgione. Size of the master’s work 75 x 55 cm, wood, transferred to canvas, tempera. The picture was written at the end of the first decade of the 16th century. Up to our time, there have been few pictures of both Giorgione himself and the works of artists of his circle.

In art history literature, there are still disputes about the legacy of Giorgione, about the number of his original works. A number of attribution is still controversial, in particular, this applies to the pictures of “Ceres”. It should be noted, however, that the first complete exhibition of paintings by Giorgione and Giordjoneski, carried out in the middle of the 1950s in Venice, allowed not only to make a number of clarifications in the scope of the master’s works, but also to assign to Giorgione a number of controversial paintings, helped more fully and more clearly to present the character of his work as a whole.

Ceres, in Roman mythology, the ancient goddess of agriculture, the keeper of the rural community, and also the mistress of the underworld. Ceres was associated with the introduction of agriculture and laws that introduced people to civilization. Ceres was also the goddess of motherhood and marriage. Sometimes an angry goddess sent insanity to people. Ceres was dedicated to the harvest and sowing holidays, which were accompanied by games. In Greek mythology, it corresponds to the goddess Demeter.