Home ⇒ 🎨Jordans Jakob ⇒ The offering to Ceres, the goddess of the harvest by Jacob Jordaens 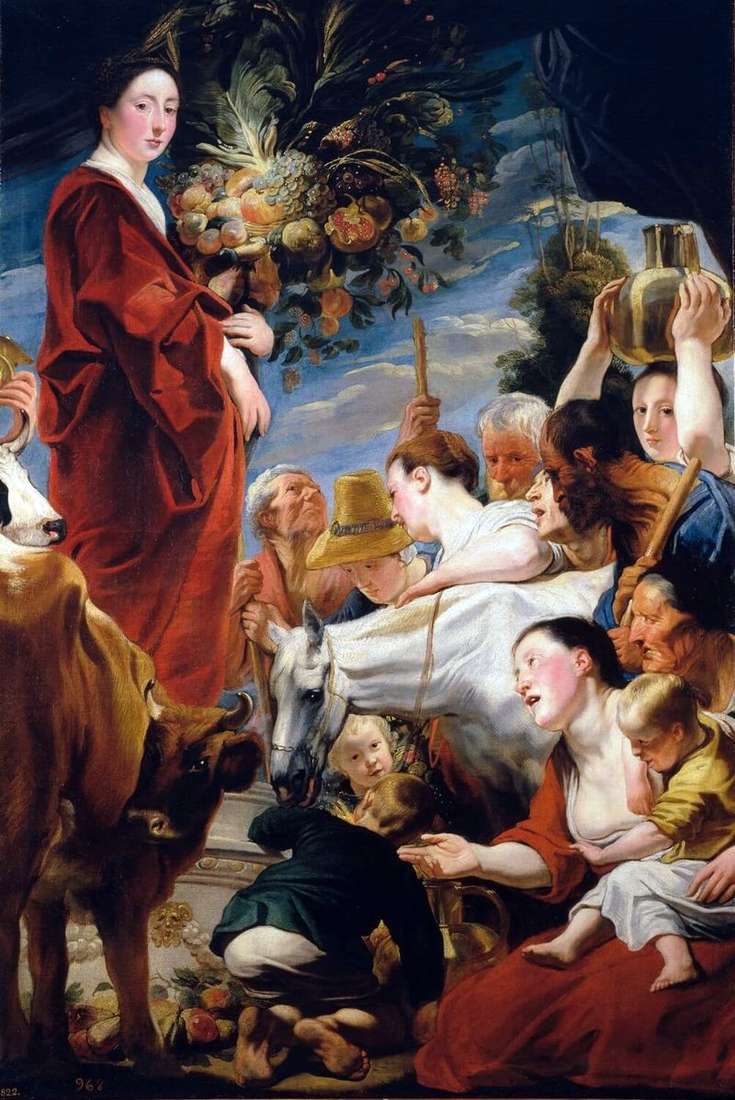 A painting by the Flemish painter Jacob Jordaens “A gift to Ceres, the goddess of the harvest.” The size of the painting is 165 x 112 cm, canvas, oil. The work of the early period of the artist’s work. Ceres, in mythology – a Roman goddess; belongs to the number of the oldest Italic gods.

The main purpose of Ceres is to protect the crop at all times of its development, up to harvesting. Celebrations in honor of the goddess Ceres fell on especially important days in agriculture. These are, for example, days on the occasion of sowing: this is a mobile holiday, not tied to a specific date, depending on the time of sowing. At the very beginning of sowing, the ancient Romans celebrated the feast of sacrifice to Ceres, where the goddess was called under twelve different names, according to various moments of fieldwork.

At the end of April – May, the so-called Tseralia, the day of the end of sowing, was celebrated. At the beginning of the harvest, a sacrificial offering was held in honor of the goddess, and the first compressed ears served the gift of Ceres. In all the ceremonies dedicated to the goddess Ceres, the important role was played by sacrificing animal animals – cows and pigs.