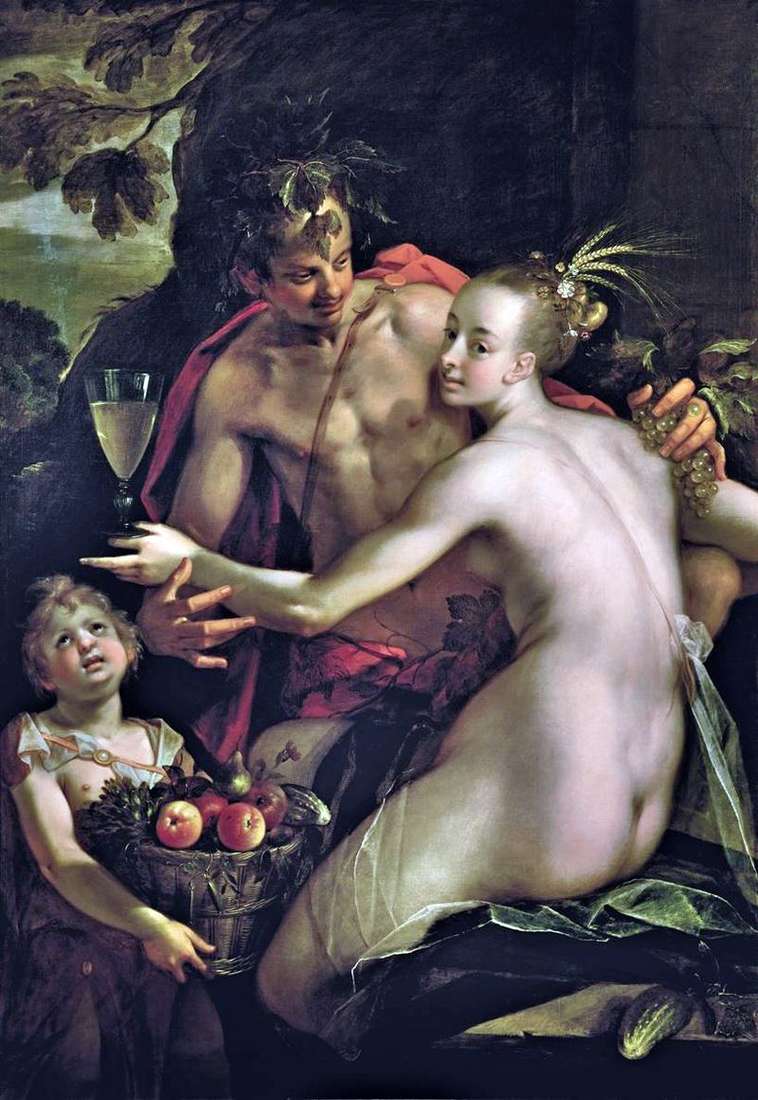 In 496 BC a common temple was built for all three deities and an annual holiday was established in March – Liberia. Only much later was introduced the Greek mystical service to Bacchus, which here soon assumed the character of extreme debauchery and immorality.

Works of art earlier represent Bacchus in the form of a man already in adulthood, a majestic posture, with long hair and a beard, in long clothes, with a bandage on his head and a bowl or a brush of grapes in his hand. Later art portrayed Bacchus young men, a soft, delicate physique, completely naked or covered with a deer skin and in hunting cortex.

On his head he has a bandage and a wreath, in his hand there is a tiers. Ceres, in Roman mythology, the goddess of fertility; belongs to the most ancient gods of Rome. Its main function is the protection of sowing at all times of its development; therefore the oldest cult is closely associated with the cult of the even more ancient goddess Tellus.