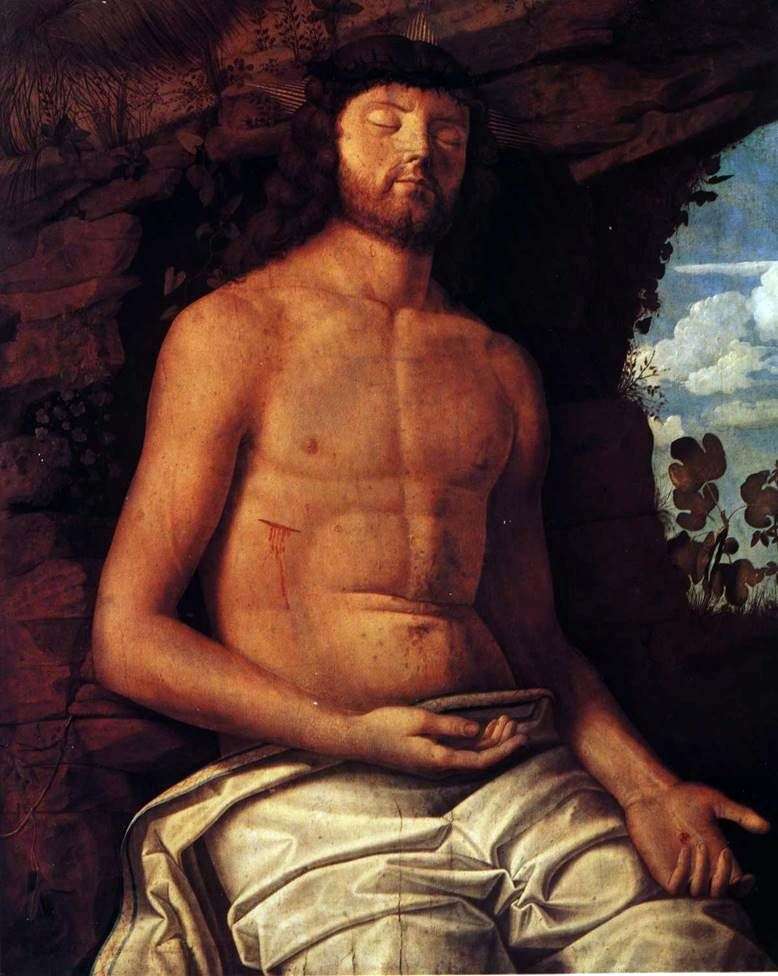 If the previous picture, created by the young Basaiti, is a remarkable work that absorbed the best achievements of Venetian painting of that time, this picture is much weaker, despite some interesting features of it. The manner of writing is somewhat dryish, reminiscent of the technique of masters from the province of Marche, and it is no accident that this board was formerly considered the work of Pierre Maria Penacchi and Marco Palmezzano.

During the creation of this picture, the teacher of Basaidi died – Alvise Vivarini. Basayti, whose style at that time had already begun to approach the style of Bellini, completed several of his teacher’s works. The work of Basaidi was influenced not only by Bellini, but also by other masters.

1505 was a transitional period in the artistic development of the master, and as a result of the change in the style of his work, they become somewhat indecisive. The composition of this picture can be associated with the missing work of Bellini, a copy of which, made for the workshop, is in Stockholm at the National Museum.

The background image and the general environment in both masters indicates the similarity of their views. Christ is depicted in a semi-sitting position in a tomb, a blue sky with white cumulus clouds can be seen in the hole of the cave, and evergreen ivy leaves symbolize the redemption that provides eternal life to mankind.