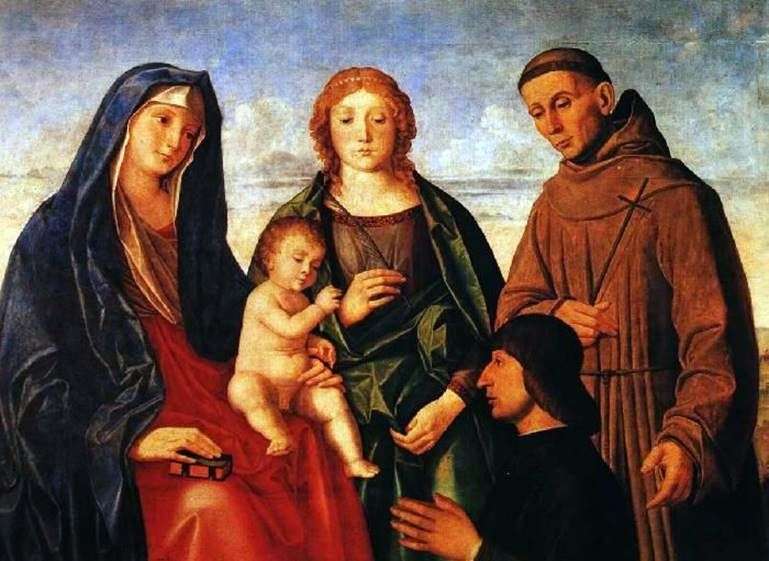 Contrary to the fact that this picture is somewhat later than the previous one, Bellini’s influence is still felt in her composition. From his teacher, Catena took over the image of the beautiful female figure of the saint, moreover, almost unchanged; this indicates that he liked him very much.

The change in style observed in this picture in comparison with the previous one reflects not so much a change in Katena’s style as a development in the work of Bellini. A deeper color, many shades are explained by the appearance of Giorgione, whose influence was not avoided by the old teacher of Catena.

Gradually, the technique of the draftsman is replaced by the technique of painting. The setting of the donator in the profile, the manner in which it is imaged, are techniques typical of quattrocento. Instead of a more difficult image in the half-profile of Catena, the profile is more easily selected, which gives more opportunities to emphasize the character of a person.

The most successful part of the picture can be called the figure of the donor. Catena had a good portraitist’s eye, which is confirmed by his later portraits, which are usually felt strong German influence. In the lower and upper parts of the picture there are significant additions, so, for example, the donator’s hands are added later.