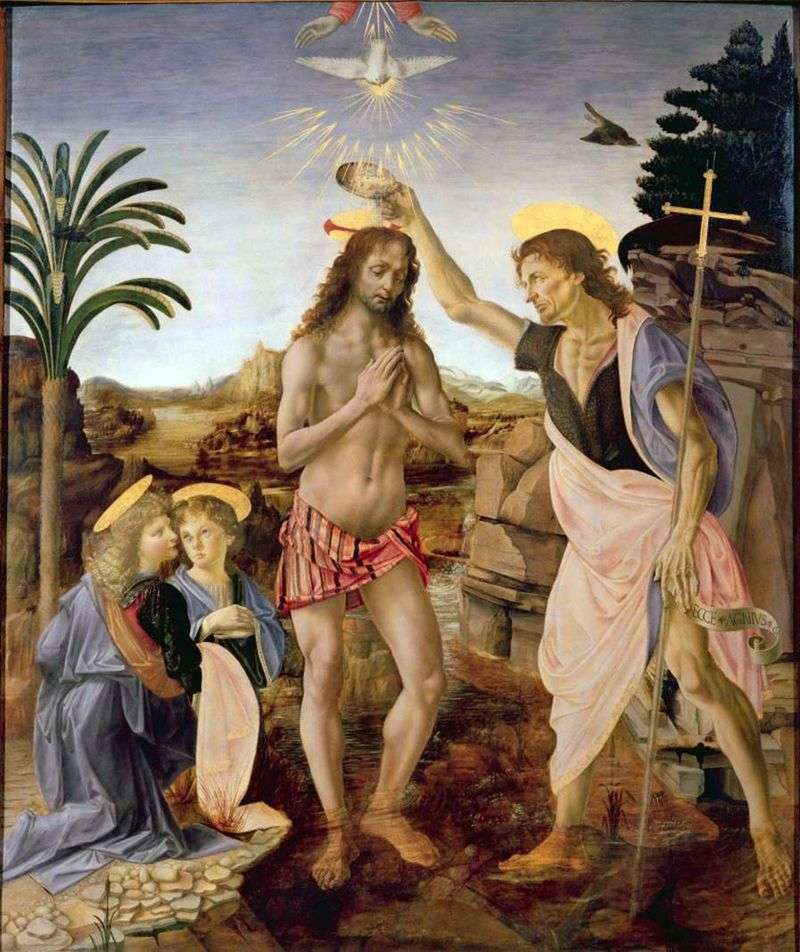 One of the most prominent figures in the art of Florence last third of the XV century. is Andrea del Verrocchio. Heading a large workshop that carried out numerous orders for Florence and other Italian cities, he brought up a whole generation of artists, among whom were many outstanding masters, including Leonardo da Vinci.

Andrea Verrocchio was an outstanding artist, sculptor, architect, engraver and jeweler. He created in the era of the early Italian Renaissance. The starting point of his art was a delicate dialectical balance between the reality of an ever-changing world and the elusive reality of a fantastic image. The master, however, later gradually moves away from such a concept, acquiring an ever broader view of art.

Verrocchio came from the medium of the Florentine goldsmiths. For all his life he retained the belief that practical experience is of far greater importance in art than science, preferring theory to the method of intuitive search. The ideal for Verrocchio was a man who knew how to balance the current of his life with the constant change of nature.

The artist sees the traditions of Florentine culture in naturalism, the task of art – in revealing the beauty scattered in nature. He likes the finest jewelry in a naturalistic taste, made with an intellectual purpose – to add to the faithful depiction of things the fruit of the human mind. Verrocchio learned this from the jeweler’s workshop. Most of all, his name was made famous by sculpture, but he also studied painting until the end of his days.

In the famous Uffizi Gallery in Florence, Andrea Verrocchio’s painting “The Baptism of Christ” is kept. It was written in the very beginning of the 70’s. quattrocento, that is, at the end of the Early Renaissance period in Italy, and in general is very typical for this era. In the depiction of figures, participants in the baptismal scene, one can still feel the influence of the traditions of medieval painting. They seem disembodied and flat, as if cut out of dry hard material. Their movements and gestures are angular and constrained, as if they move only in two dimensions. Expressions of persons are abstract and lack individuality. These are not living people, but symbolic images, majestic and spiritual. The landscape in the background is deprived of perspective and looks like a picture set. And the landscape, and the figures, and the whole composition seem conditional.

In the left side of the picture, the figure of an angel, written not by Verrocchio, but by his young pupil Leonardo da Vinci, involuntarily stands out for its naturalness and ease. This angel, so graceful in his kneeling and turning of the head, with a deep and radiant look, is a creation of a different era – the High Renaissance, the truly golden age of Italian art.