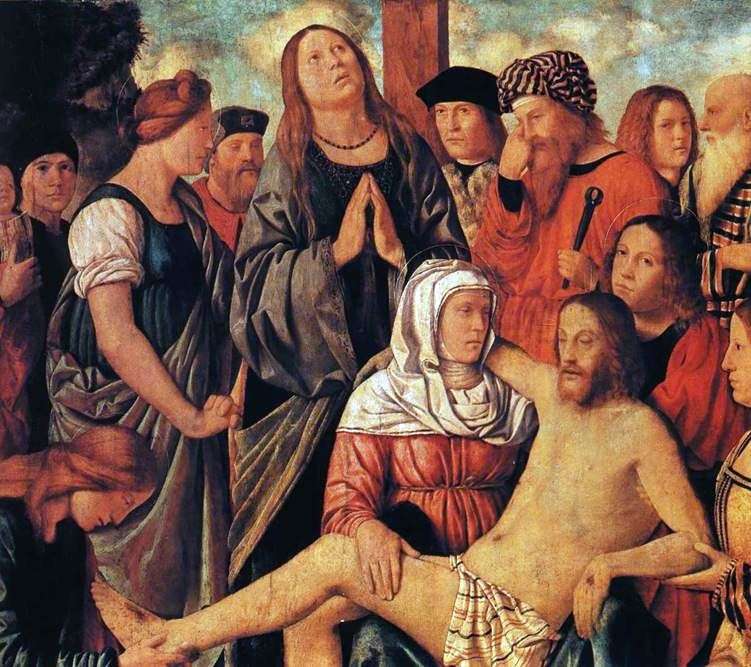 Donated by Elek Petrovich in 1914; previously was in the Bertini meeting in Milan, and later in the Crespi meeting. As some data indicate, Marciale has long been in close connection with Bellini’s workshop, but in his style it feels much less than in the style of other Bellini students. More than ten works of Marziale have been preserved, and with careful consideration one can notice a variety of influences on them. After Marciale became independent, Bellini’s influence immediately disappeared.

In the Madonna, written in 1495, Marziale’s style is already approaching the Alvise Vivarini style. Perhaps he knew well the works of Piero della Francesca and Umbrian masters, such as Perugino, Pinturicchio, Signorelli. In the apparent realism of the picture presented here, the effect of the coarse images of Piero della Francesca is primarily visible. Around 1500, Marziale worked in Cremona and experienced the strong influence of Lombard, mainly Milan art.

Of course, the most remarkable work of that part of Marciale’s work about which we are aware of is the painting “Circumcision” from the main altar of the Cremona church of San Silvestro. This is his main work written in the Lombard spirit. From this time on, elements of northern art appear in the works of Marziale, and in his last works the direct influence of Dürer is clearly visible. The Budapest picture of Marziale, which is one of his most important works, combines elements of the style of Marche, Umbria and Milan regions.

According to experts, this picture was influenced then by the lost Lombard picture, one version of which – “Lamentation” of Luini’s work – is in the church of San Giorgio al Palazzo in Milan. In the paintings of Martsiale and Luini, there is much in common: for example, a man in a beret standing at the base of the cross, a mother with a child in her arms, an old man wiping tears. The image of the woman donator, supporting the hand of Christ, is very close to the Milan profile portraits of Ambrogio de Predisa.