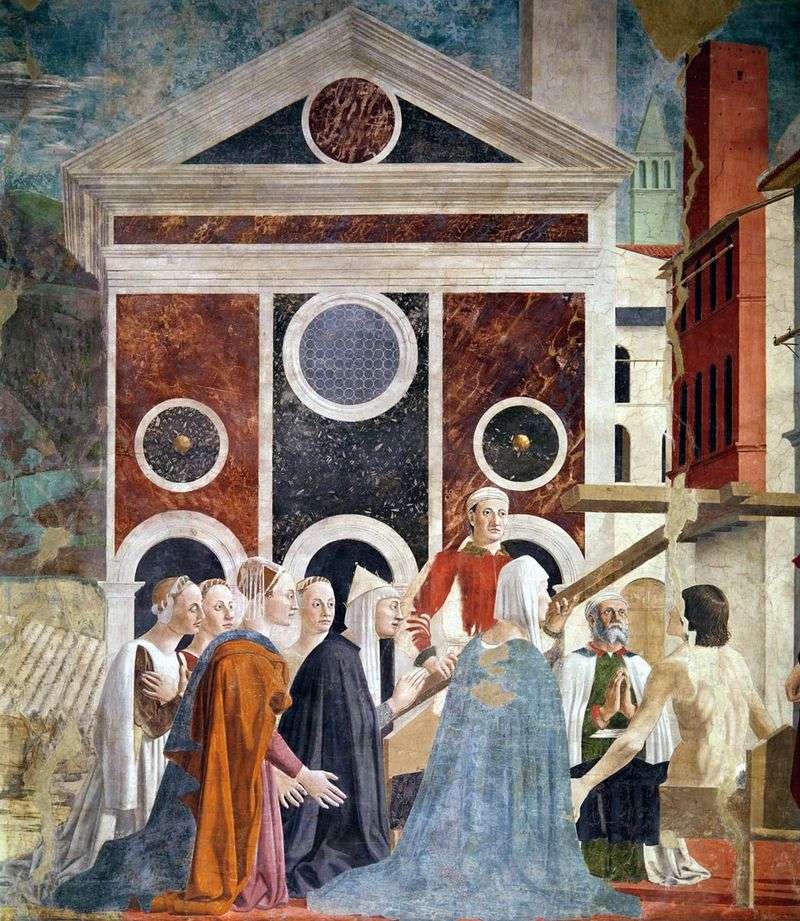 One of the frescoes decorating the church of San Francesco in Arezzo. On the left Piero della Francesca depicts the moment of finding the Cross of the Lord. A woman in a white headdress is probably Saint Elena, the mother of Emperor Constantine the Great. It was she, according to legend, who found the Cross buried in the land near Golgotha. On the right is the continuation of the same plot.

To make sure that the authentic Cross of the Lord was found, the body of the dead person was touched sacred, and he rose again. After this, the patriarch “erected” the Cross over the praying crowd.