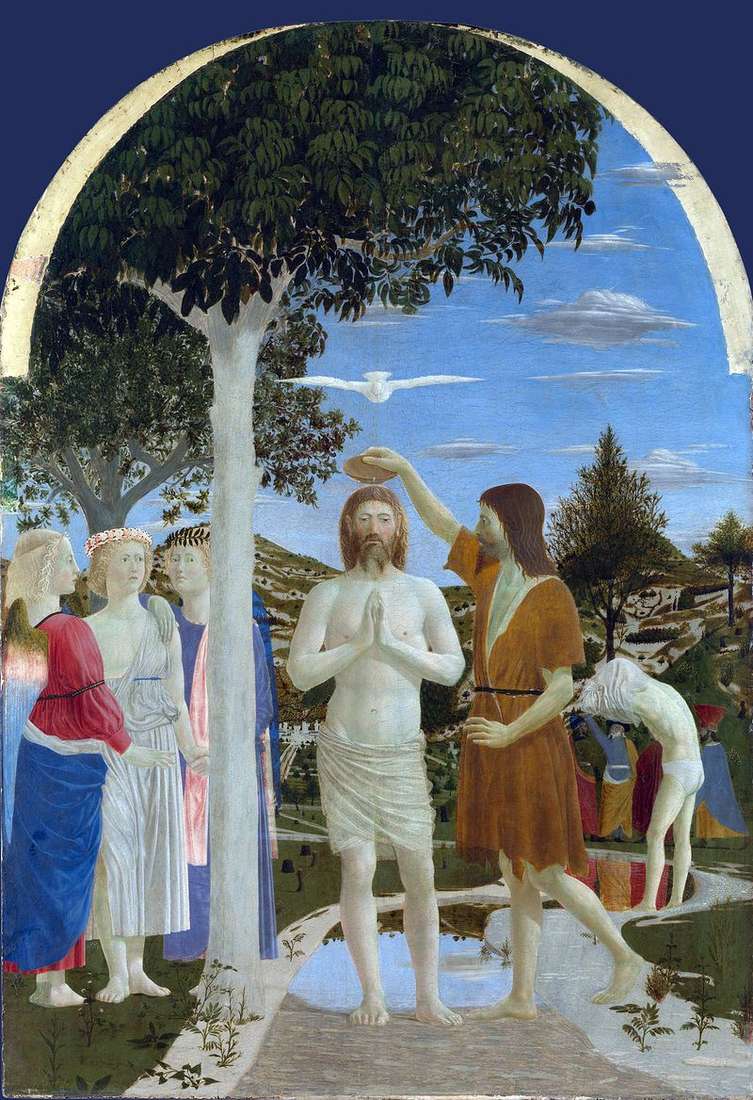 The baptismal scene was written for the abbey of San Giovanni Battista in the hometown of Piero della Francesca Borgo San Sepolcro, Urbino probably around 1450. The two central figures – Christ and John the Baptist, on which the dove soars, Holy Spirit – differ from other characters in their solemn immobility, emphasizing the extraordinary importance of what is happening. Typical for the artist geometric proportions and light-saturated tones appear in the monumental figures of three observing angels, who in the traditional interpretations of this plot, as a rule, keep the clothes of Christ at the moment when he enters the Jordan River.

The bright figures of the angels are contrasted by a group of Jewish priests in dark robes, standing behind an amazingly pale man waiting for baptism and taking off his shirt. The sky, which is reflected in the still water, enhances the harmony of the whole scene. EPIPHANY. At the age of about 30, Christ was baptized by St. John the Baptist. SW. JOHN THE BAPTIST. John was a cousin of Jesus and the son of the priest of Zechariah and his wife Elizabeth. About his miraculous appearance in the light and life is told in the Gospel of St. Luke. When John grew up, he preached in the wilderness that the Kingdom of Heaven was near. He baptized many people, proclaiming: “The Strongest Me is coming.” John the Baptist is the most common saint in Renaissance painting.