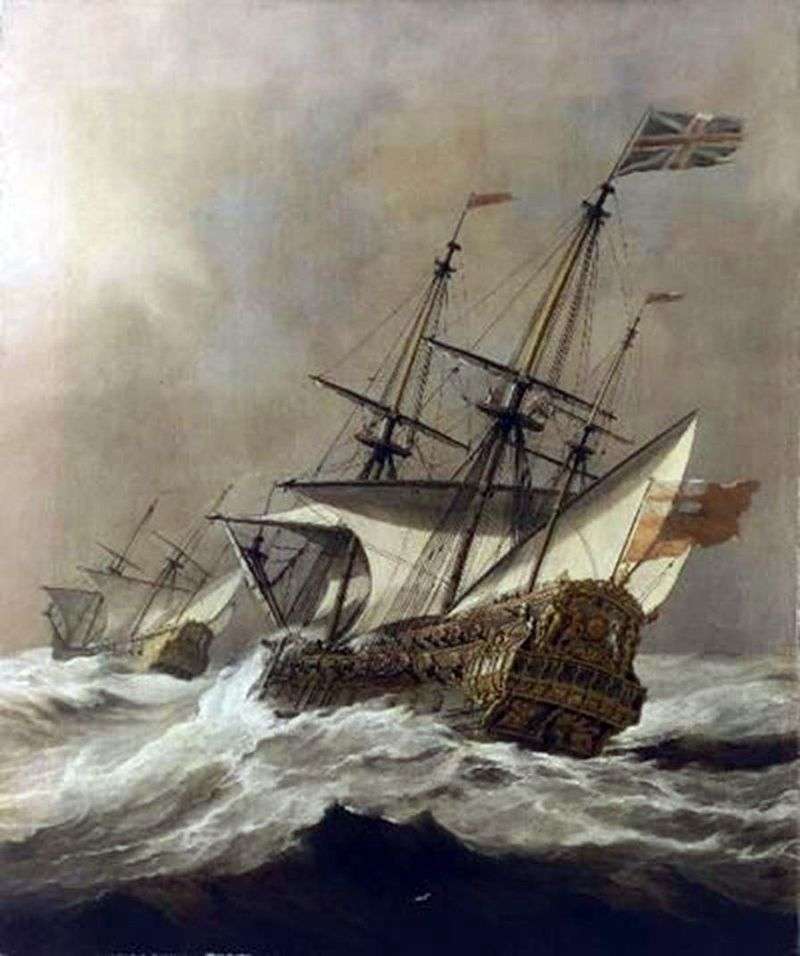 The sea attracted domestic and foreign artists not only in a calm state, when the sun’s rays reflected in its waters, when the azure sky played on the surface smooth as glass. The sea element is for that and the element to be capricious and changeable. And what do seafarers have to do!

After all, once the sea voyages lasted for months and years, and not all travelers returned to their native shores, the fault of which were diseases, pirates, then just blows of the elements. Of Russian artists, the most sharply conveyed the “abandonment” of man in the middle of the deep sea, of course, IK

Aivazovsky in the famous painting “The Ninth Wave.”

But there were other masters who, with the power of imagination, recreated a sea storm on the canvas, in particular the Dutch baroque artist Willem van de Velde. Two trading sailing ships, flying under the British flag, were caught in the path of the rampant element.

Sea waves literally boil under the bottom of each of them. This sea foam can be compared with a beer, but this comparison will not sound too flat and mundane. The roll of both ships has already reached a threatening position, the waves begin to sweep right over and through it. The attenuation of the storm is clearly not foreseen – the whole sky is tightly covered with a gray veil of bad weather.